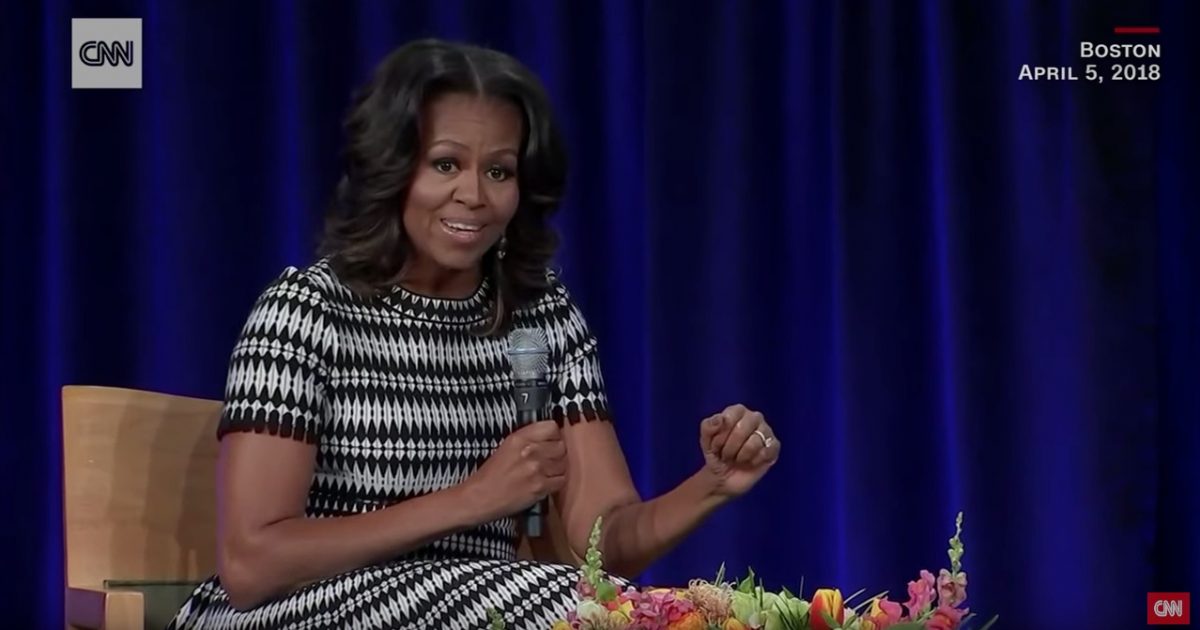 Michelle Obama described President Trump as a bad parent in comparison to her husband’s service in the White House.

The former First Lady made her remarks at the Simmons Leadership Conference in Boston.

While not directly using President Trump’s name, it was clear she was referring to the president.

The Obama administration “was like having the ‘good parent’ at home,” the former first lady said. “The responsible parent, the one who told you to eat your carrots and go to bed on time.”

“And now we have the other parent,” Obama added. “We thought it’d feel fun — maybe it feels fun for now because we can eat candy all day and stay up late and not follow the rules.”

Finally, Michelle said she is not interested in running for political office including for president.

Like her husband, Michelle has a twisted view of history.

From Obamacare on the domestic front to giving almost $2 billion in cash to Iran, Obama was a disaster.

The good news, however, is Michelle is not interested in politics.