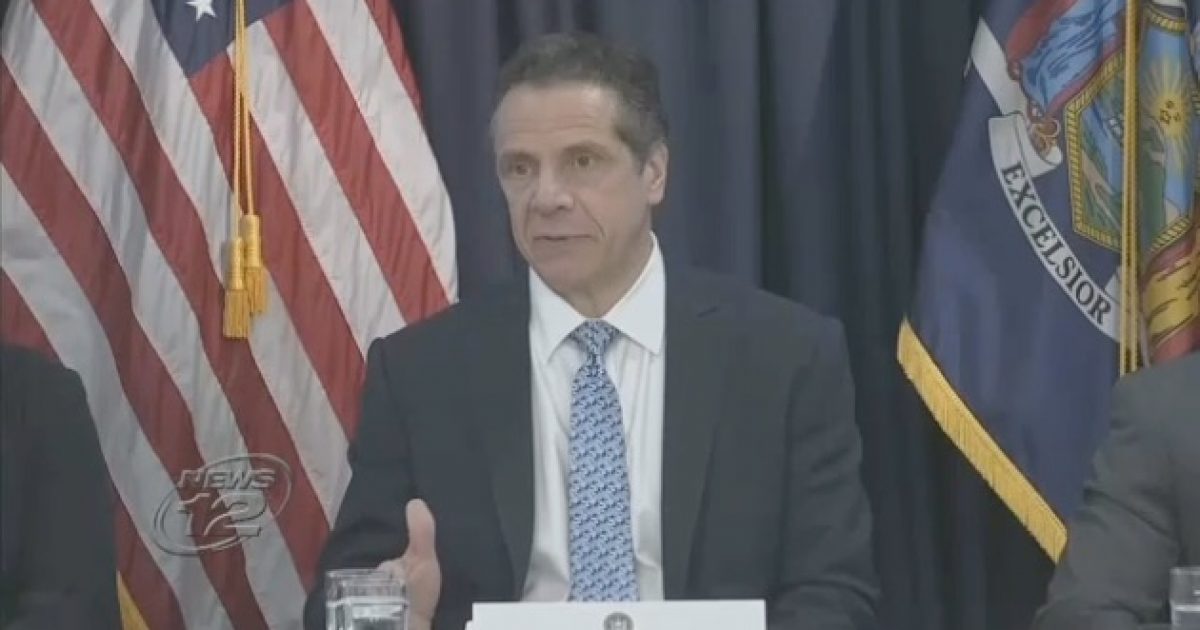 Cuomo is upset over a series of illegal alien arrests by the U.S. Immigration and Customs Enforcement agents (ICE).

The governor took a number of steps including issuing an executive order to prevent ICE agents from making arrests in state prisons.

New York Gov. Andrew Cuomo sent a “cease and desist” letter to federal immigration authorities Wednesday, ordering them to alert state and local police before they attempt any more arrests and demanding they leave some illegal immigrants alone altogether.

He also said he was issuing an executive order banning ICE officers from making arrests at state prisons and jails, and ordered agencies not to ask about immigration status. He was hoping to deny federal authorities information that could lead to future deportations.

News 12 Long Island reported on Cuomo’s fight against ICE including a copy of the governor’s letter to ICE.

According to an ICE press release, federal agents arrested 225 people over six days and of that number about 180 “were convicted criminals or had criminal charges pending….”

The press release provided details of some of those arrested:

In Brooklyn, a 39 year-old Jamaican national, and registered sexual offender, who has convictions of Criminal Possession of a Loaded Firearm 3rd degree (2 counts), and Attempted Rape 1st degree. The victim, a child under the age of 13;

In Manhattan, a 38 year-old Romanian national, and lifetime registered sexual offender, who has convictions of Possessing Sexual Performance by a Child, and sentenced to 10 years of probation supervision;

In Manhattan, a 36 year-old Dominican national, wanted in his home country for charges of Homicide, Administrative Corruption, and Accepting Bribes;

Cuomo expressed outrage over the ICE raids claiming they are responsible for “stoking terror among law-abiding residents.”

It’s outrageous Cuomo is putting illegal aliens before the safety of legal residents of his state.