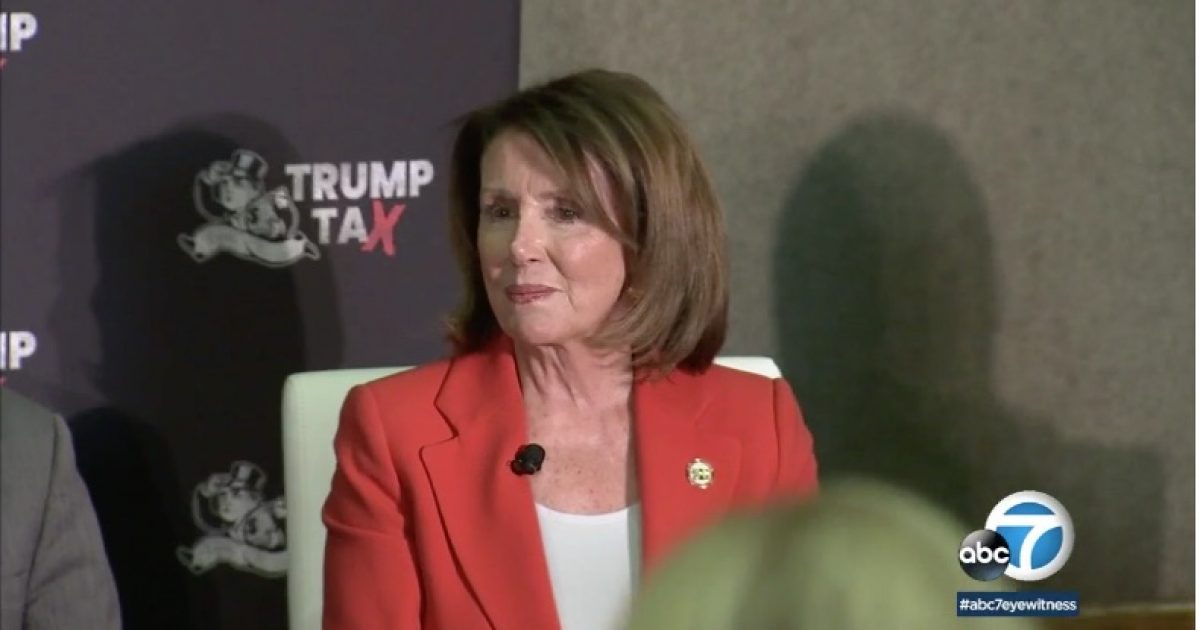 Pelosi made the remarks at a town hall event in California.

Pelosi said at a town hall that the tax code needs to be completely reformed after Republicans passed their legislation last year, in a clip posted at NTK Network. She was asked whether Democrats would seek to change specific elements of Republicans’ tax law or start from scratch if they won back Congress, and she said they would take a comprehensive approach.

“It’s not about chipping at this piece or that piece, it’s about a comprehensive look at what our tax policy should be for the future,” she said.

Pelosi slammed elements of the bill.

Democratic leaders on Wednesday urged voters at a Culver City town hall meeting to join in a rebellion against the Republican plan.

“Over 80 percent of the benefits go to the top 1 percent,” said House Democratic Leader Nancy Pelosi. “Eighty-six million middle-class families will see a tax increase while they advertise it as a middle-class bill.”

Attacking President Trump’s tax cuts is nothing new for Pelosi – she has repeatedly criticized it.

Pelosi is disconnected from the millions of Americans that are seeing and feeling the benefits of the tax cuts.

At an event in West Virginia, President Trump listened to families who thanked him for his effort in reducing their tax burden.

But the panelists sitting alongside Trump at the roundtable event — a medley of local business executives, employees and regular families — accomplished the White House’s goals, sharing personal stories of tax savings, bonuses and raises they attributed to the GOP tax law.