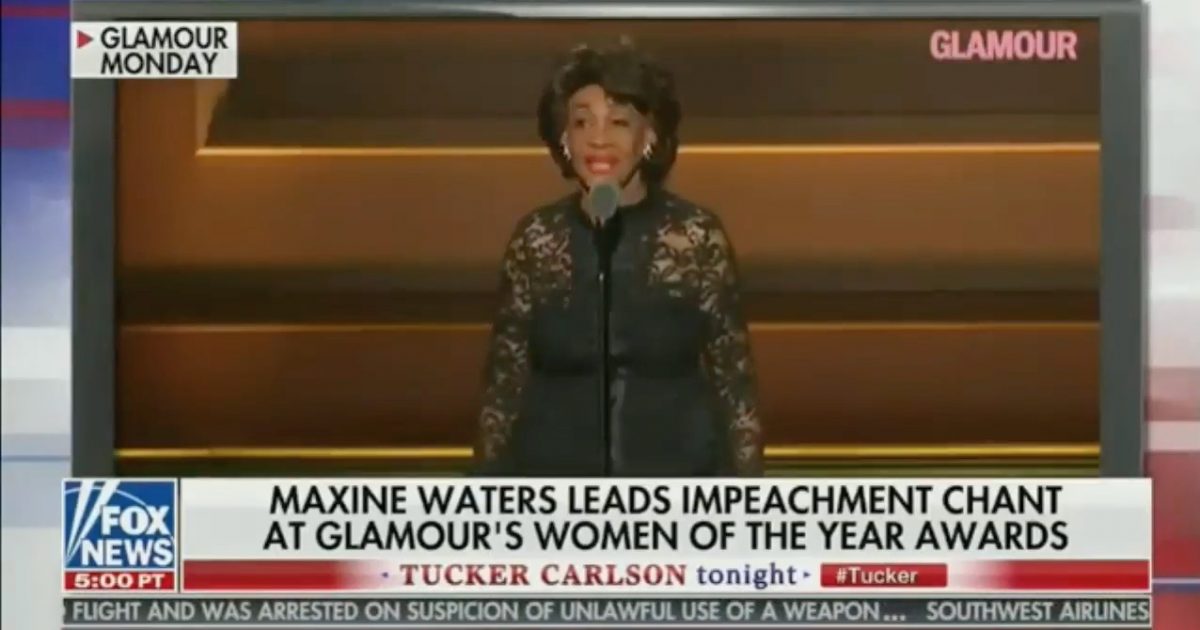 Republicans are using the likelihood Democrats will impeach President Trump if they take control of the House of Representatives as a strategy to boost turnout for the upcoming midterm elections.

As Republican leaders scramble to stave off a Democratic wave or at least mitigate their party’s losses in November, a strategy is emerging on the right for how to energize conservatives and drive a wedge between the anti-Trump left and moderate voters: warn that Democrats will immediately move to impeach President Trump if they capture the House.

The story notes “Last January, 66 House Democrats, over a third of the caucus, voted to begin impeachment proceedings.”

In addition to the impeachment vote, the goal of removing President Trump from office is a primary talking point for some Democrats including Representative Maxine Waters (D-CA).

Waters frequently used the chant “Impeach 45” at speaking events such as Glamour Magazine’s Women of the Year Awards.

Last November, six Democrats in the House of Representatives introduced an impeachment legislation including three members of the Congressional Black Caucus.

Six members of the U.S. House of Representatives have introduced articles of impeachment against President Donald J. Trump and that effort has the support of three members of the Congressional Black Caucus.

he articles charge the president with obstruction of justice, undermining the independence of the federal judiciary and other offenses.

The impeach President Trump movement is real and there is an extremely good chance Democrats will attempt to remove the president if they get control of the House of Representatives.

It’s a good political strategy to motivate GOP voters with the consequences of Democrat control.