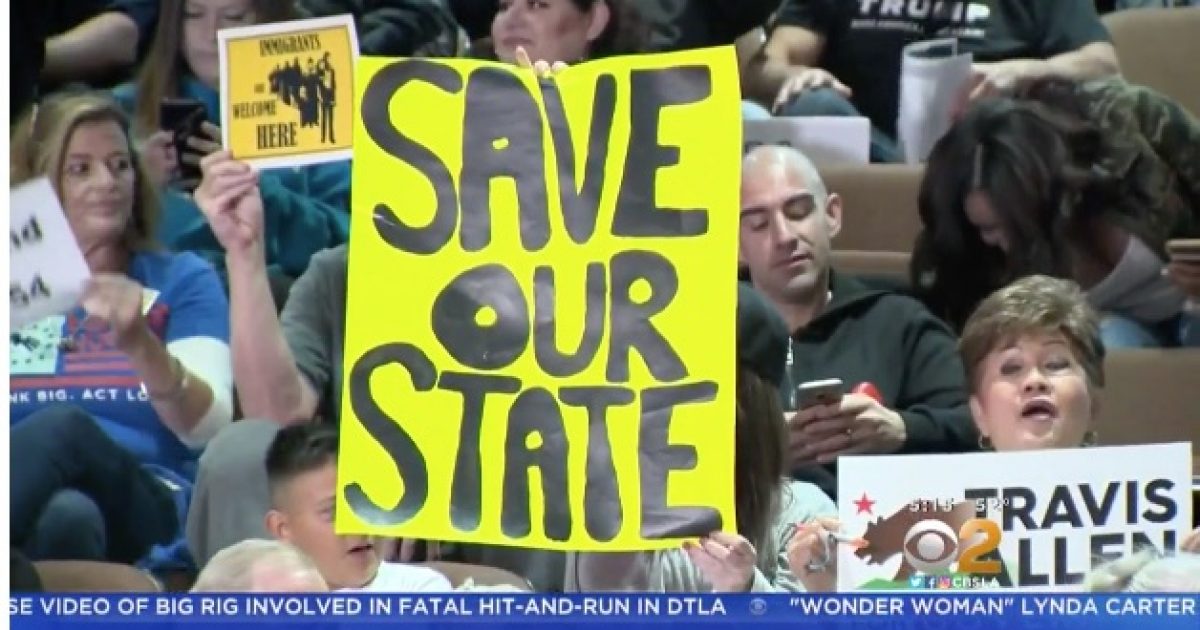 California citizens have had enough and are taking a stand against the state’s sanctuary state law.

San Diego County voted to join with other California communities to support the Department of Justice’s lawsuit filed against the State of California over its sanctuary city policy that protects illegal aliens from deportation.

San Diego County, California’s second-most populous county, on Tuesday joined at least a dozen other municipalities in supporting the Trump administration’s lawsuit against the state over its so-called “sanctuary” law.

The county’s all-Republican Board of Supervisors discussed the issue in a closed session Tuesday and afterward announced that it had voted in favor of supporting the Justice Department’s lawsuit against the state law.

Governor Jerry Brown (D-CA) stands behind the sanctuary state law and was highly critical of Republicans opposing the legislation.

California Gov. Jerry Brown on Tuesday defended the state law and blasted “low-life politicians” who he argued are exploiting the illegal immigration issue for political reasons.

“The Republican Party has this little narrow group of—people that think that somehow they’re going to get elected” on the issue, Brown said Tuesday during remarks at the National Press Club.

Reports surfaced Monday that California refused to answer the request for troops to assist with border cameras and performing clerical duties that would have freed up Border Patrol agents to work in the field.

Mr. Trump has requested National Guard troops be sent to the border to assist with drug enforcement and human trafficking. Mr. Brown’s restrictions for his National Guard, however, have made them impossible to use so far.

There is a Revolution going on in California. Soooo many Sanctuary areas want OUT of this ridiculous, crime infested & breeding concept. Jerry Brown is trying to back out of the National Guard at the Border, but the people of the State are not happy. Want Security & Safety NOW!

President Trump is keeping his campaign promise to tackle illegal immigration and Californians are stepping up to save their state.