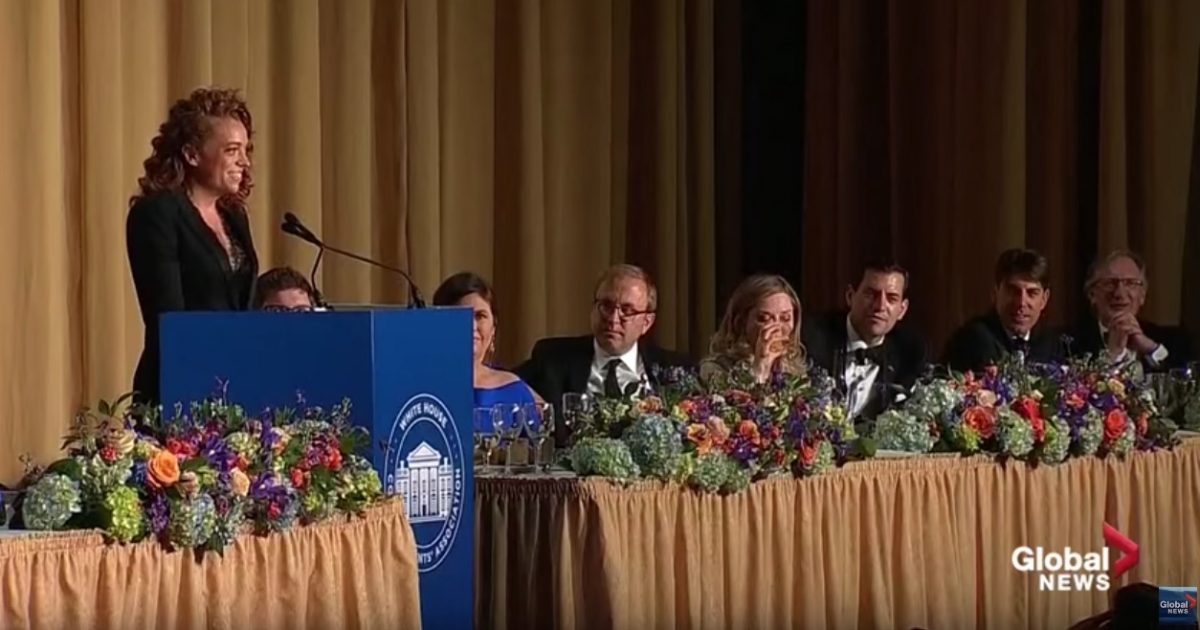 Comedian Michelle Wolf made vicious remarks about Sanders including calling her an “Uncle Tom.”

Speaking of Huckabee Sanders’ job performance Wolf said, “I’m not really sure what we’re going to get, you know? A press briefing, a bunch of lies or divided into softball teams. ‘It’s shirts and skins, and this time don’t be such a little bitch, Jim Acosta.” – a CNN correspondent who aggressively challenges the press secretary.

Huckabee Sanders was sitting on stage only one seat away from Wolf during the comedian’s address.

Wolf vowed to get under Trump’s skin by questioning his wealth, issuing a call and response with the audience (“How broke is he?”). Her punchline included such quips as, “He’s so broke . . . he has to fly failed business class” and “he looked for foreign oil in Don Jr.’s hair.”

White House Counselor Kellyanne Conway did not escape the verbal assault. Wolf said her last name Conway fits her job of misleading the public as if her name is really Conman.

Then Wolf criticized the media for interviewing Conway on television.

“You guys have to stop putting Kellyanne on your shows. All she does is lie. If you don’t give her a platform, she has nowhere to lie. If a tree falls in the woods, how do we get Kellyanne under that tree? I’m not suggesting she gets hurt. Just stuck. Stuck under a tree.”

Wolf’s remarks were criticized on Twitter including negative comments from the establishment media.

Michelle Wolf didn’t fail just because she was (spectacularly) one-sided. It was because she was unnecessarily cruel on a night the WHCA was trying to showcase decency and purpose.

When given the chance, the media and entertainment elite show their true hatred of President Trump and his team.