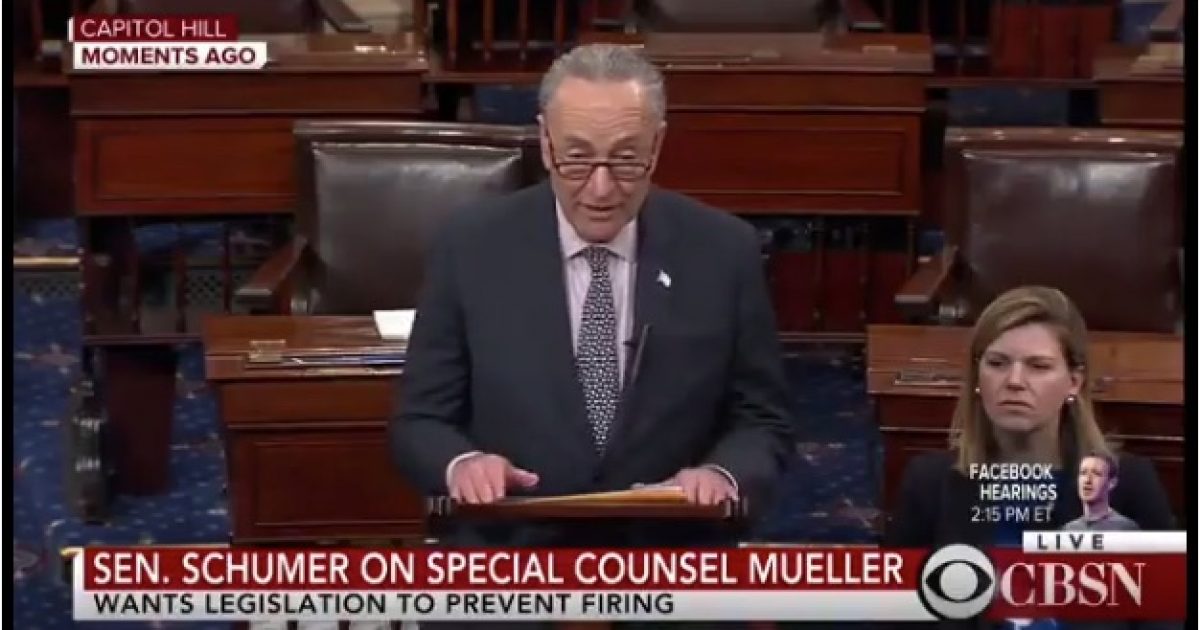 After the raid, President Trump blasted the Russian collusion investigation headed by Mueller.

President Trump was asked if he was going to fire Mueller and the president responded, “Why don’t I just fire Mueller? Well, I think it’s a disgrace what’s going on. We’ll see what happens.”

Senate Democratic Leader Charles Schumer (N.Y.) on Tuesday called on Senate GOP leaders to bring legislation to the floor that would protect special counsel Robert Mueller from being fired in the midst of heightened tension over his investigation of the president.

The Mueller investigation has veered far off the Russian collusion course and Schumer is desperate to keep the media and public distracted by political stunts such as a bill to protect the special counsel.