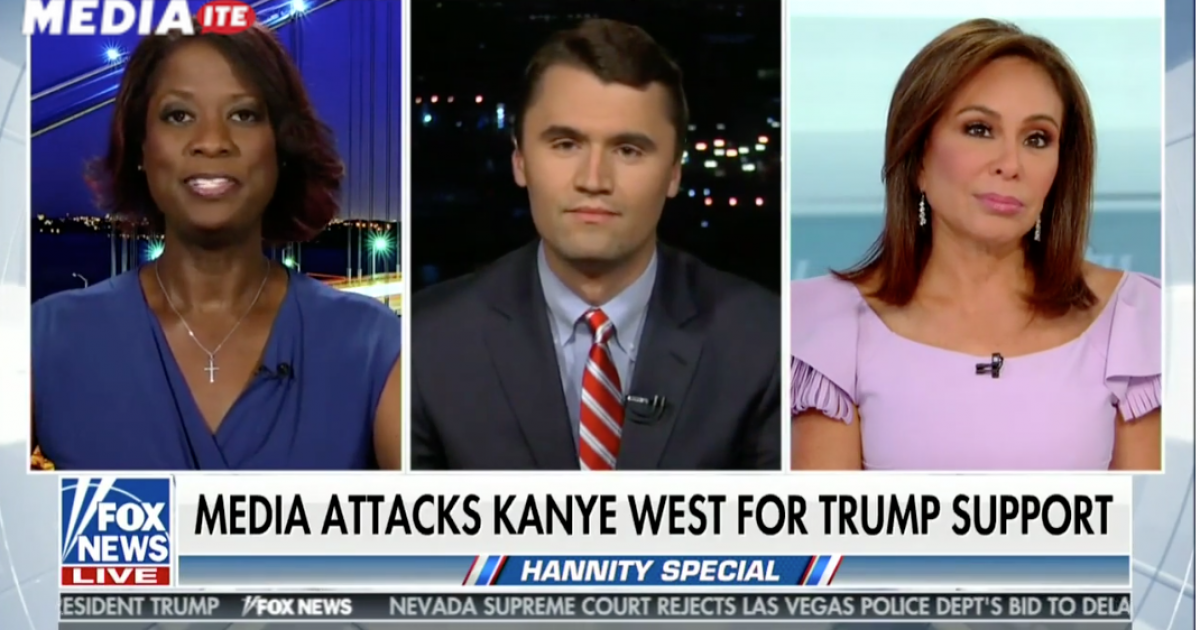 Entertainer Kanye West ignited a backlash firestorm from the left-wing over his support of President Trump.

Mediaite reported on the segment highlighting Pirro’s comment comparing the Left’s reaction to Kanye to McCarthyism.