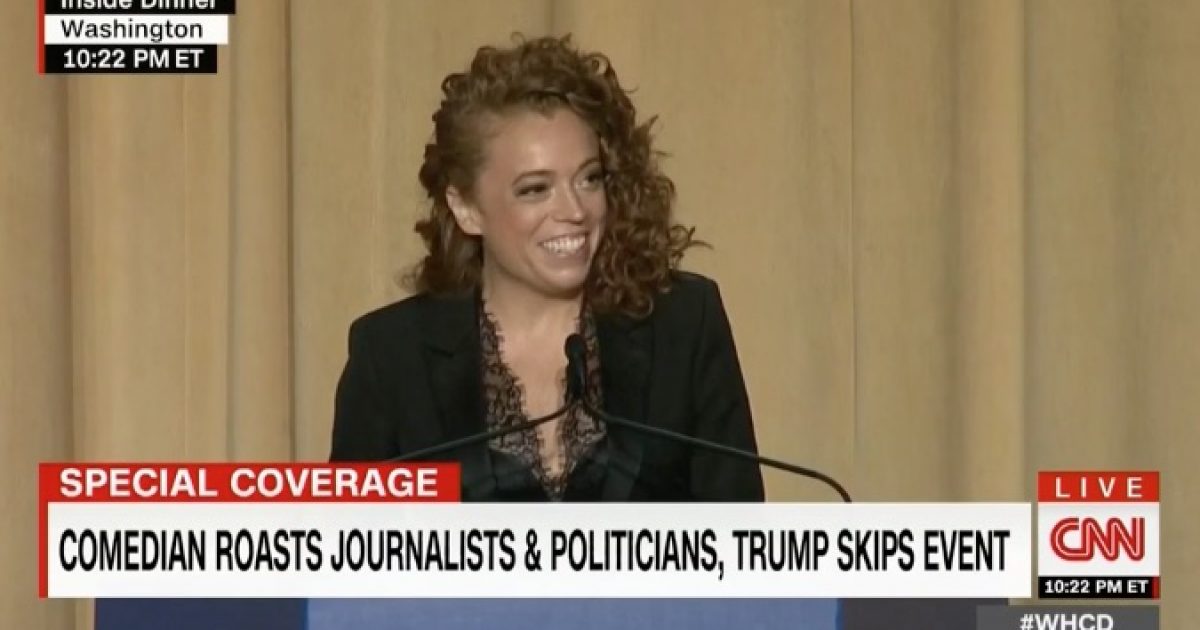 Her new show on Netflix, called “The Break,” was described by Engadget:

Netflix sure has a knack for timing — while Michelle Wolf was busy running the show at the White House Correspondents’ Dinner, the streaming service posted the first trailer for her weekly talk show The Break. The clip (which has Wolf fighting relegation to a tiny window on Netflix’s ‘Next Episode’ screen) gives a feel for what you can expect. It promises to be light-hearted, but not completely sanitized. The Daily Show veteran has hinted that her show will include the sort of jokes she “couldn’t do on TV.”

While Washington, Michigan, was a big success, Washington, D.C., just didn’t work. Everyone is talking about the fact that the White House Correspondents Dinner was a very big, boring bust…the so-called comedian really “bombed.” @greggutfeld should host next year! @PeteHegseth

The White House Correspondents’ Dinner is DEAD as we know it. This was a total disaster and an embarrassment to our great Country and all that it stands for. FAKE NEWS is alive and well and beautifully represented on Saturday night!

Nothing happens by accident.

By blasting Sanders, President Trump and White House Counselor Kellyanne Conway, Wolf got nationwide name recognition and attention all of which will help promote her new Netflix show.

There was nothing funny about her remarks at the White House Correspondents’ Dinner but being funny wasn’t her goal. Wolf wanted attention by picking a fight with President Trump and his team.