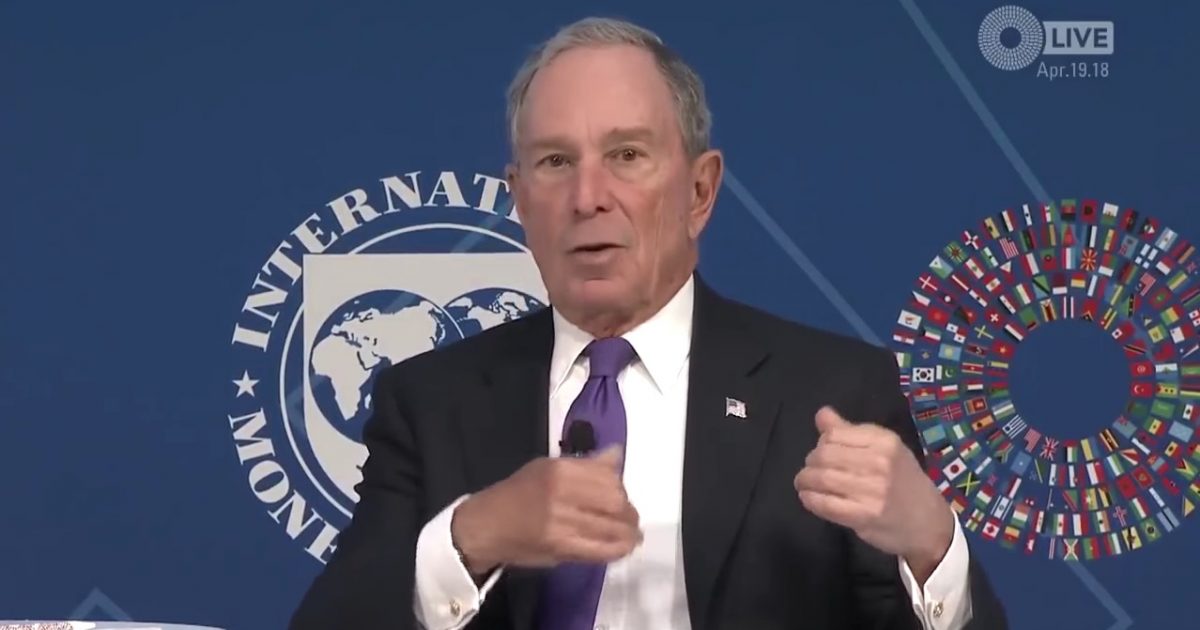 Bloomberg made his comments at the Spring Meetings of the International Monetary Fund (IMF) and the World Bank Group in Washington, D.C.

Michael Bloomberg: “Some people say, well, taxes are regressive. But in this case, yes they are. That’s the good thing about them because the problem is in people that don’t have a lot of money. And so, higher taxes should have a bigger impact on their behavior and how they deal with themselves. So, I listen to people saying ‘oh we don’t want to tax the poor.’ Well, we want the poor to live longer so that they can get an education and enjoy life. And that’s why you do want to do exactly what a lot of people say you don’t want to do.

Bloomberg is a classic progressive who believes in using government action to change the behavior of people because they are too stupid to make good decisions.

The former New York City mayor used the strategy of using regressive taxes when he ran the Big Apple.

Bloomberg is also a big believer in climate change regulations and advocates for gun control.

Global change begins in cities. Learn how @BloombergDotOrg’s work in the arts, education, the environment, government innovation and public health is making a worldwide impact by starting at the local level in our new Annual Report. https://t.co/YTUW0QeBfh pic.twitter.com/CWY70u5lBZ

Bloomberg is a progressive elite and even though he is not in the political office he uses his immense wealth to push his left-wing agenda.