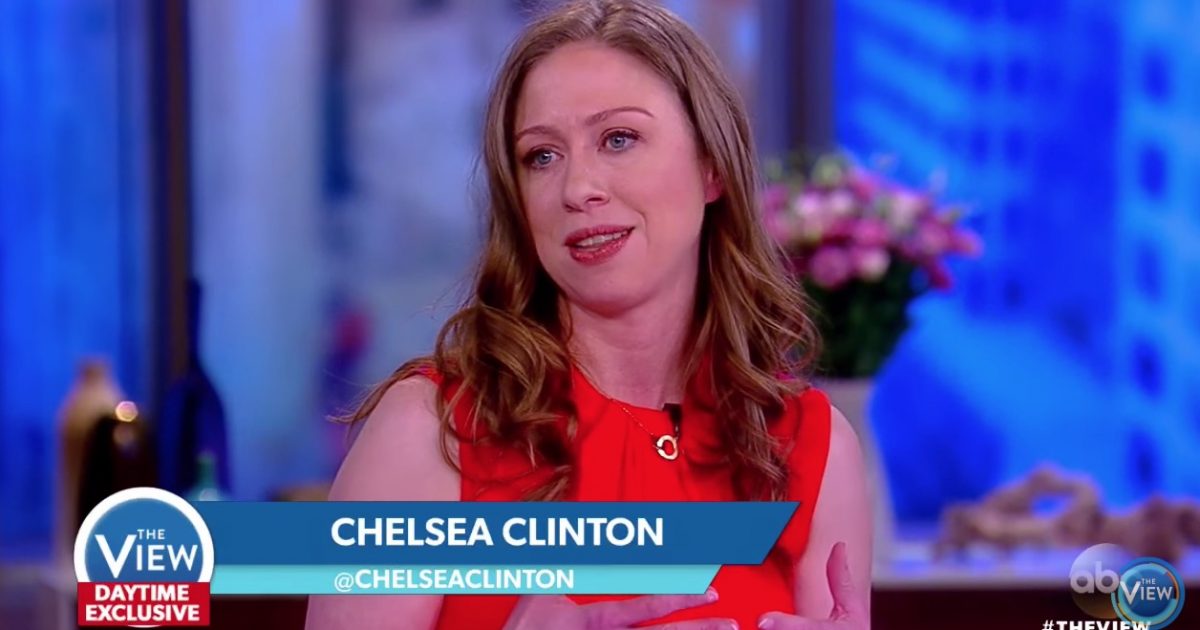 President Trump is a family affair for the Clintons.

After endless whining from Hillary Clinton about losing the 2016 presidential contest and taking shots at President Trump, now her daughter Chelsea is joining the anti-Trump Clinton chorus.

The daughter of the failed presidential candidate said President Trump is “degrading” America.

During a wide-ranging interview to promote her latest book, Chelsea Clinton said that President Trump “degrades what it means to be an American” and said she would protest his planned July visit to the U.K. if she was British.

The former first daughter, who just published “She Persisted Around the World,” blamed the Trump administration for having “mainlined hate” and cited reports of a rise in hate crimes — as documented by organizations like the Southern Poverty Law Center and the FBI.

Chelsea went on to say President Trump’s calls for the border wall with Mexico promotes racial bias by demeaning and degrading “brown children.”

She also encouraged British citizens to protest President Trump when he travels to the UK this summer.

“Well, I’ve been to multiple protests since the election. Charlotte’s been to at least three, maybe four. Aidan’s been to one. If I lived in Britain I would show up to protest, because I don’t agree with what he’s doing to degrade what it means to be an American.”

Last week, Chelsea sent a Tweet about The Clinton Foundation:

I'm so grateful for all of the supporters, partners, and staff who make the work of @ClintonFdn possible—and proud to share this update on how we're changing lives, together: https://t.co/Y4umHtZHu2

Earlier this year, Chelsea made an appearance on ABC’s “The View” to discuss her book and to comment on Ivanka Trump.

By slamming President Trump, Chelsea is supporting her mother and getting free publicity to generate book sales.

With the Clintons it’s always about the money.