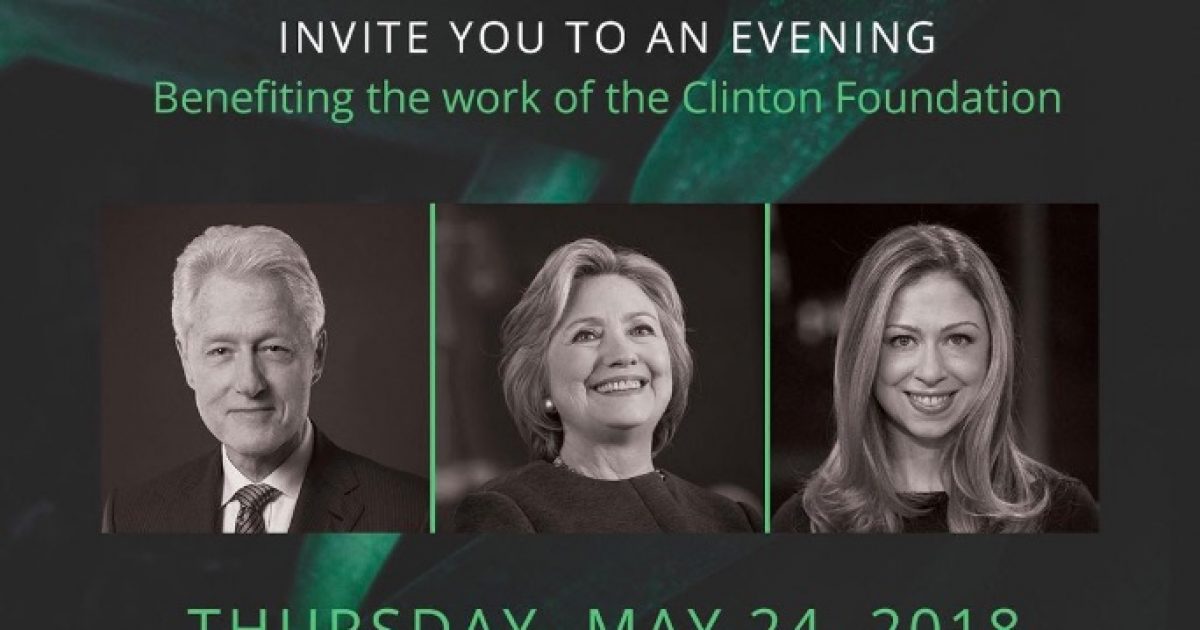 For $100,000 donors to the Clinton Foundation will get the VIP treatment from the Clinton family.

The Clinton Foundation event will be held on May 24 in New York City.

But an invitation — first reported by Axios — just went out to Clinton megadonors from Hillary, Bill and Chelsea urging supporters to join a May 24 dinner, with tables going for up to $100,000.

Tickets start at $2,500, but the privileged $100K packages include a “premium table of 10” along with . . . we can hardly contain our excitement . . . “invitations to the Clinton Foundation Annual Briefing.”

Recently, the Clinton Foundation promoted its work on Twitter:

The Clinton Foundation is plagued with controversy over concerns it was a vehicle for a pay to play scheme.

Earlier this year, the Department of Justice confirmed it was conducting an investigation of the Clinton Foundation.

The Justice Department has launched a new inquiry into whether the Clinton Foundation engaged in any pay-to-play politics or other illegal activities while Hillary Clinton served as secretary of State, law enforcement officials and a witness tells The Hill.

FBI agents from Little Rock, Ark., where the foundation was started, have taken the lead in the investigation and have interviewed at least one witness in the last month, and law enforcement officials said additional activities are expected in the coming weeks.

It will be interesting to see how many big dollar donors want to pay big bucks to be seen with the Clintons knowing Hillary is not in the White House.