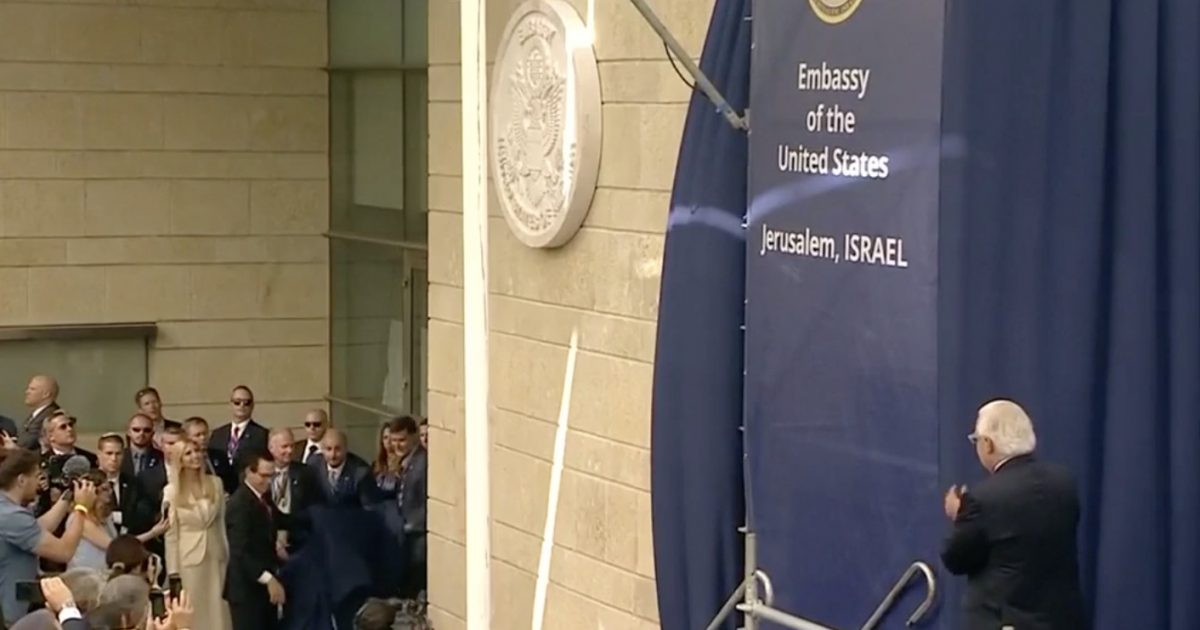 A historic moment in Israel wasn’t enough for Congressional Democrats to make an appearance.

President Trump kept his campaign promise to move the U.S. Embassy from Tel Aviv to Jerusalem.

The embassy move was highlighted with a dedication ceremony on Monday and the absence of Democrats was apparent.

As the United States Embassy to Israel in Jerusalem is dedicated on Monday, not one Congressional Democrat will be in attendance.

Several Congressional Republicans attended the event including Texas Senator Ted Cruz who said it was a “sad manifestation” that no Democrats were in attendance.

“That is a sad, sad manifestation. I wish he’d have every member of Congress here,” Sen. Ted Cruz (R., Texas) said blaming former President Barack Obama and his relationship with Israeli leadership for no Democrats attending.

“I don’t know why the Democrats will not be here, chose not to come. Every member of Congress had the option before them to come and be here,” Cruz said. “There was no way on earth we could have inaugurated this embassy without my being here to celebrate it. It’s too important.”

Senator Cruz pushed back on reports that Democrats were not invited to Israel to attend the event.

Israel’s Channel 10 said that no Democrats were given invitations to attend the dedication, however, Cruz said that invitations were not necessary for the lawmakers to attend.

“None of us were invited,” Cruz said, noting that his delegation came together when he asked fellow senators to join him in attending the opening of the embassy.