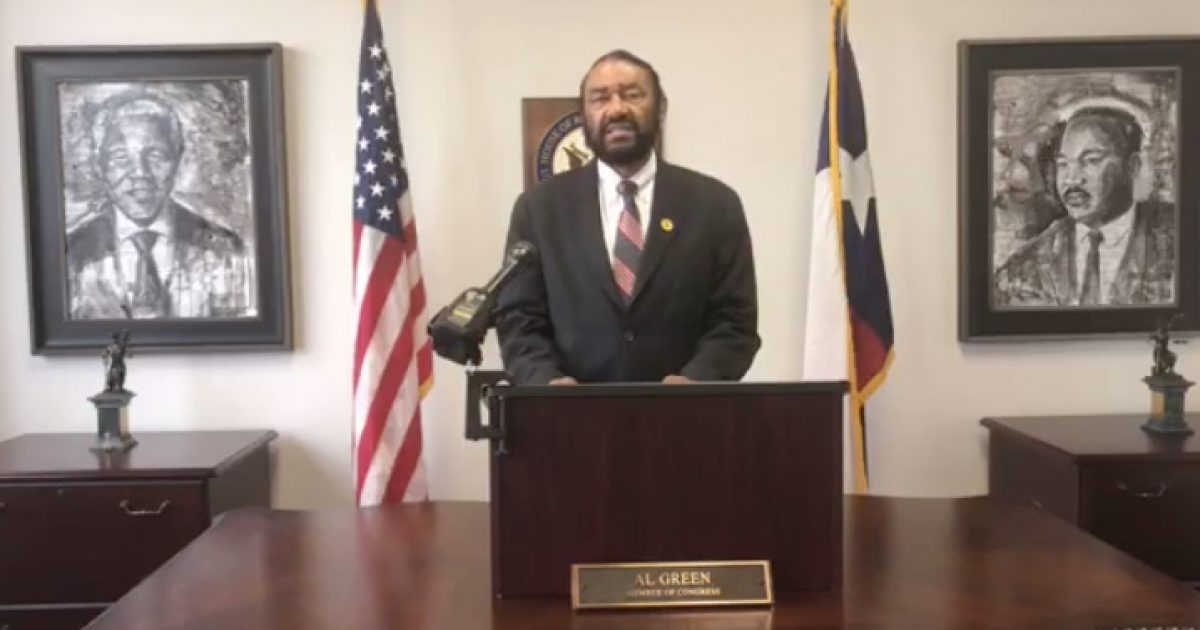 Democrats in the House of Representatives are split over the move to impeach President Trump.

Representative Nancy Pelosi is not on board with the efforts of her House colleagues Al Green (D-TX) and Maxine Waters (D-CA) to impeach the president.

Pelosi, in an interview with The Dallas Morning News, had said she wishes Democrats like Rep. Al Green, D-Texas, would not make impeaching Trump a rallying cry.

“We have elections,” she said. “Go vote if it’s a policy thing and a behavior thing. I don’t know if you can get impeached for being a jerk, but if we did, this guy would be long gone. But that’s not unifying.”

But Green, who has spearheaded the push to impeach Trump, criticized Pelosi, saying that reducing Trump to a jerk “trivializes the impact of his bigoted policies on Jews, Latinos, African-Americans, women and the LGBTQ community.”

“Trivializing his bigotry also allows Trump supporters to hypothesize that while Trump may be an objectionable jerk he is not an impeachable bigot, which is not true,” he said in a statement.

Green went on to say that Trump is “the quintessential person that impeachment was designed for.”

Waters has called for impeaching President Trump at various venues including during a eulogy, a rally, and an awards program.

Calls from the Left to impeach President Trump will be part of Republican campaign advertisements, which is something Pelosi understands.

Last month, Pelosi told reporters that talk of impeachment is a “gift” to Republicans, and urged Democrats to instead focus on promoting policies that help address the needs of everyday Americans.