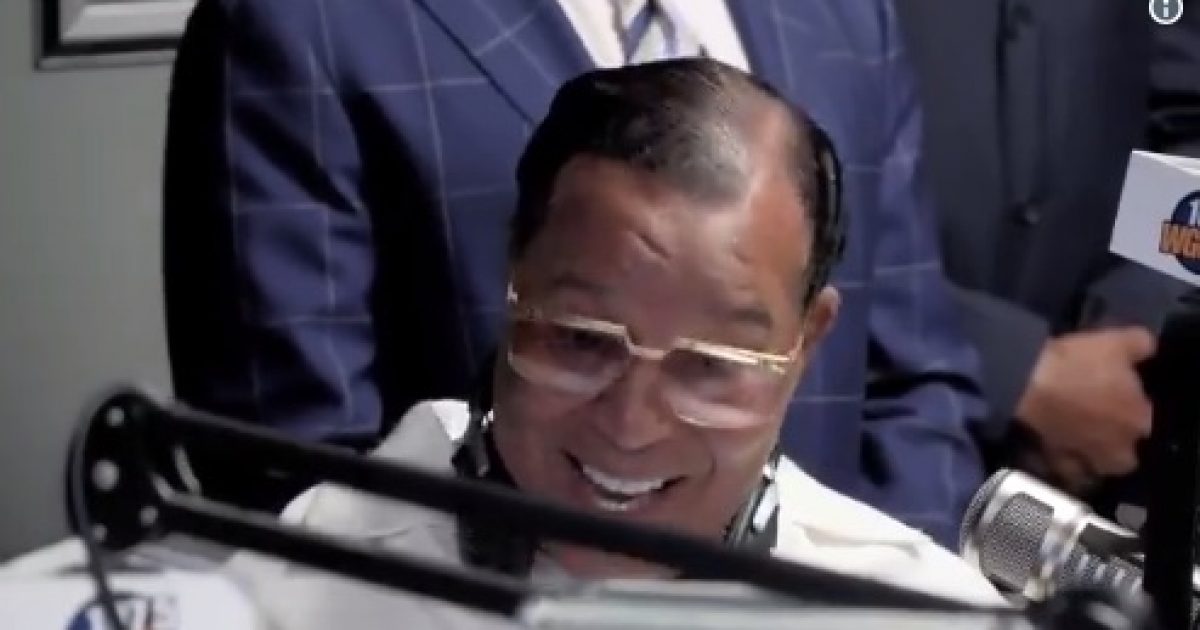 The Nation of Islam leader Louis Farrakhan used Twitter to call for the end of white men.

Louis Farrakhan, leader of the Nation of Islam, called for an end to white men on Sunday morning, saying that their “nature is not in harmony with the nature of God.”

Why should there be an end to him (White man)? Because his nature is not in harmony with the nature of God. #Farrakhan #NOISundays

White man was only given 6,000 years (6 days) to rule. You cannot deny he has ruled but on what principle did he rule? Righteousness? Truth? Justice? Fairness? I don't think so. #Farrakhan #NOISundays

Unsurprisingly, the response to Farrakhan was very critical and one person makes the observation his Tweets were in violation of Twitter’s conduct policy:

Farrakhan uses his standing to spew hate against white people and Jews but even with a history of racist statements, some black politicians freely associate with him.

Twenty-one members of the Congressional Black Caucus facing questions about their ties to Nation of Islam chief Louis Farrakhan have all refused to condemn the hate group leader.

The CBC, it was recently revealed, held a secret meeting with Farrakhan in 2005 but hid it from the public to avoid controversy. Twenty-one members of the caucus today were part of the caucus at the time of the secret Farrakhan meeting. All 21 declined to denounce Farrakhan when asked by The Daily Caller.

Not banning Farrakhan’s racist Tweets exposes a clear double standard by Twitter and the left-wing media that refuses to call him out.