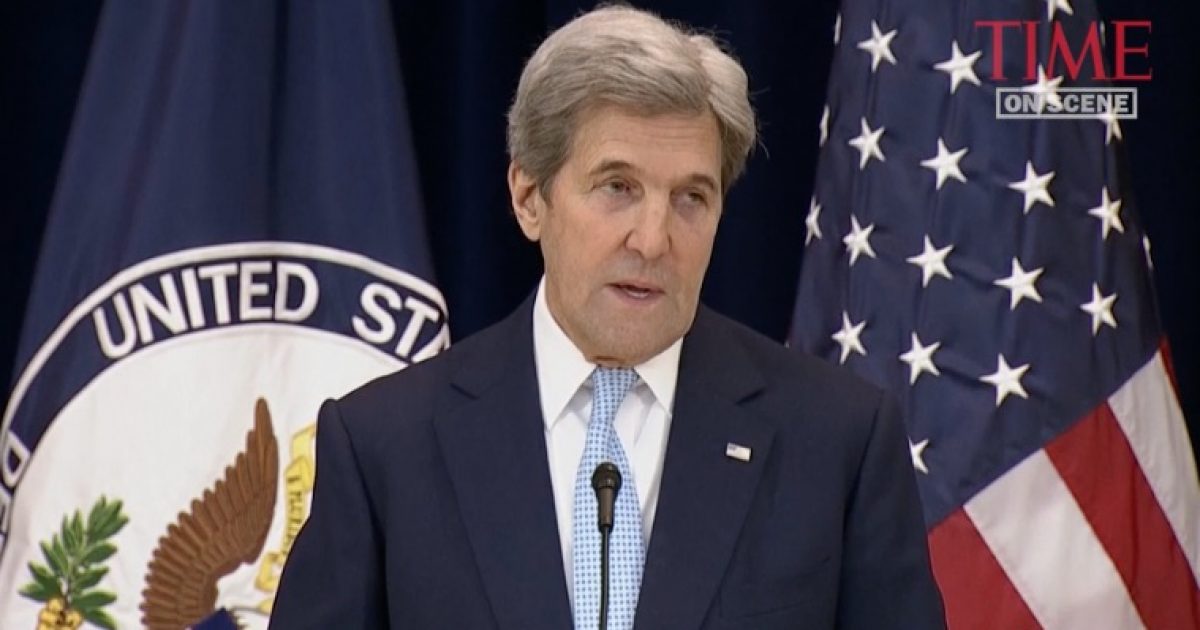 As the Iran nuclear deal renewal deadline approaches, a former Obama Administration official has been working behind the scenes to save the deal.

Former Secretary of State John Kerry has reportedly been meeting with foreign officials before the May 12 deadline in hopes of maintaining the deal he helped negotiate.

Kerry, who brokered the Iran deal for the Obama administration, met with Foreign Minister Javad Zarif about two weeks ago at the United Nations in Manhattan, a person briefed on the meetings told the Boston Globe.

The meeting was their second in two weeks, and came amid a whirlwind of meetings between Kerry and German President Frank-Walter Steinmeier, European Union official Federica Mogherini, and French President Emmanuel Macron.

It’s a rather bizarre move on Kerry’s part to go behind President Trump’s back over the Iran deal considering he’s no longer associated with the White House or involved in international affairs on behalf of the U.S.

“It is unusual for a former secretary of state to engage in foreign policy like this, as an actual diplomat and quasi-negotiator,” Michael O’Hanlon, a foreign policy expert at the Brookings Institution, told The Globe. “Of course, former secretaries of state often remain quite engaged with foreign leaders, as they should, but it’s rarely so issue-specific, especially when they have just left office.”

The question remains if Kerry violated any laws for meeting with foreign officials on a matter currently under dispute.

The shadowy diplomacy will raise questions of a violation of the Logan Act, which prohibits private citizens acting on behalf of the United States during a dispute with foreign governments.

Kerry, along with other liberals, will say and do anything to undermine President Trump