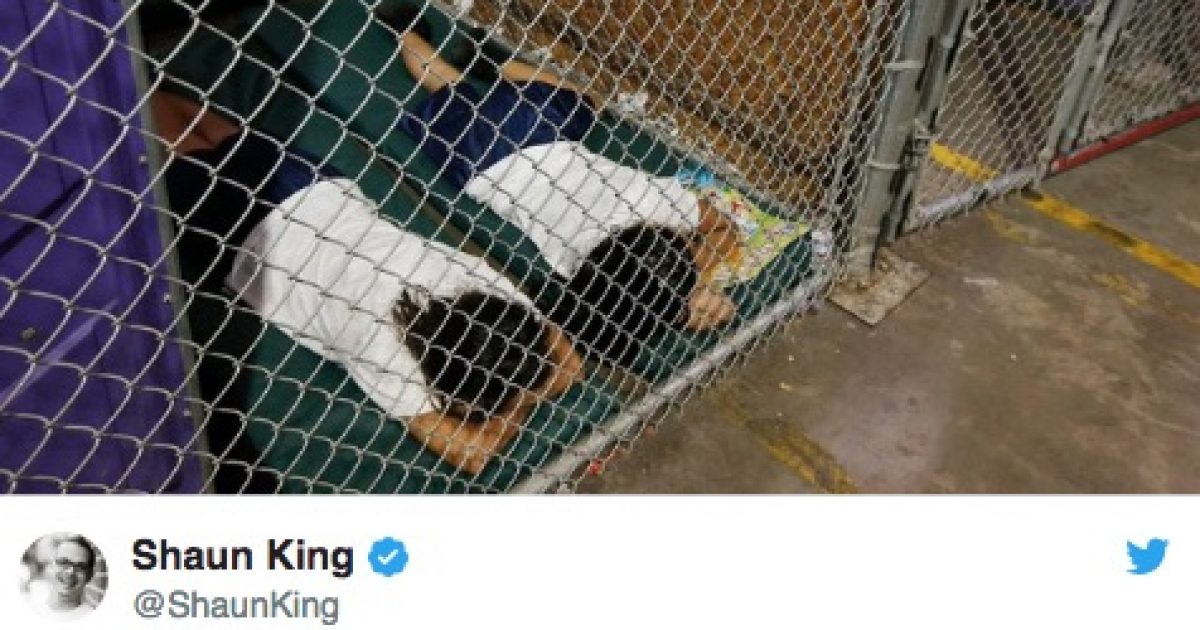 Seizing upon an opportunity to link the Trump administration to a photo of illegal alien minors in a cage awaiting processing, liberals quickly took to social media.

I saw this photo floating around and didn’t know if it was real.

Children of immigrants are being held in cages, like dogs, at ICE detention centers, sleeping on the floor. It’s an abomination.

The left-wing agenda backfired because the photo promoted on social media was taken in 2014 under former President Obama’s watch.

Some liberal activists and journalists scrambled Sunday and Monday to delete tweets and social media posts incorrectly linking the Trump administration to an old photo of detained illegal-immigrant minors being held in a cage.

The 2014 shot was actually taken during the Obama administration.

The photo went viral as liberals — perhaps spurred by unrelated reports that Homeland Security “lost track of” almost 1,500 illegal-immigrant minors after they were released — mistakenly assumed the shot was taken much more recently, and rushed to criticize Trump administration “cruelty.”

Liberal activists weren’t outraged over the photos taken during the Obama administration and were called out for their inaction and selective outrage.

Welcome to 2014. I think I have a solid guess on how your selective outrage missed this then.

President Trump fought back against the liberal outrage in a Tweet.

Democrats mistakenly tweet 2014 pictures from Obama’s term showing children from the Border in steel cages. They thought it was recent pictures in order to make us look bad, but backfires. Dems must agree to Wall and new Border Protection for good of country…Bipartisan Bill!

It’s outrageous how low liberals will stoop by doing and saying anything to make President Trump and his administration look bad.