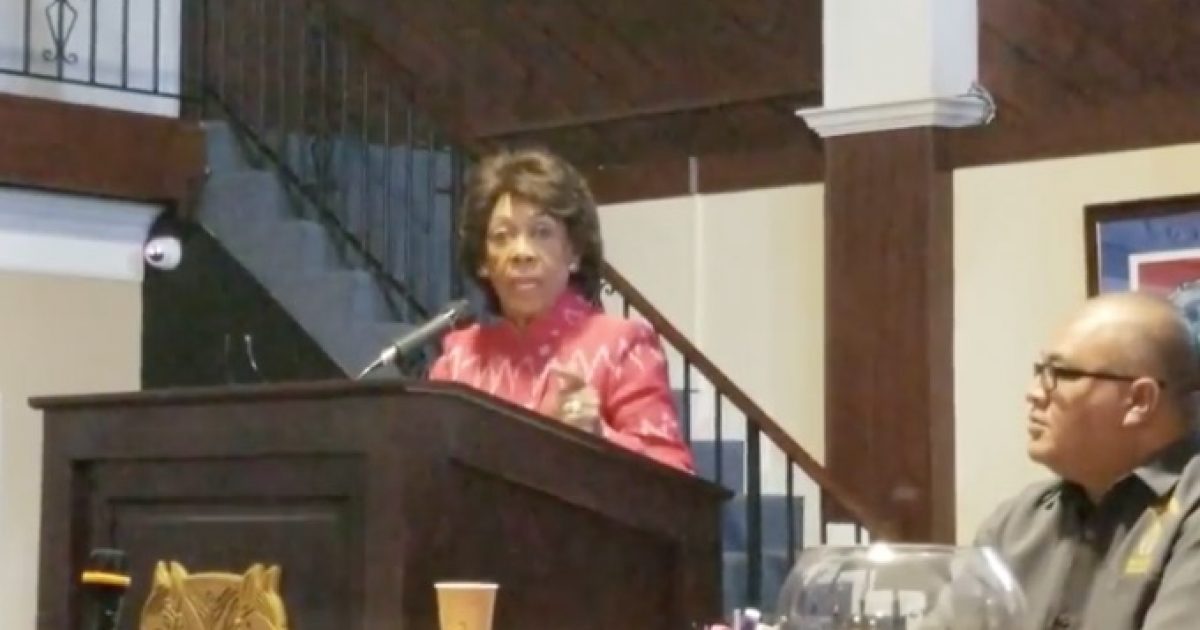 With nonstop calls to impeach President Trump, Maxine Waters (D-CA) took her feelings about the president to another level.

Waters is highly critical of President Trump and over the weekend, continued her criticisms of the president before the Teamsters Union Local 630 in Los Angeles, California.

“He’s never going to be presidential,” she declared, waving her glasses at the silent audience.

“He’s never going to be presidential because he does not respect the Constitution of the United States of America and he is no friend to organized labor,” she said, unable to provoke a response from the crowd.

Waters went to the extreme with her thoughts about President Trump, exclaiming “damn this president” during her speech.

“It has not been Republicans,” Waters bellowed, “It is always Democrats. We’ve been there for you. We’re gonna stay there for you. And damn this president! We’re not going to let him destroy organized labor.”

Trump garnered considerable support from union members and with the midterm elections approaching, Democrats know they need to motivate their base to get out and vote.

Trump has enjoyed high amounts of support among union members compared to other Republicans.

After his inauguration, Trump was backed by 60 percent of union members.