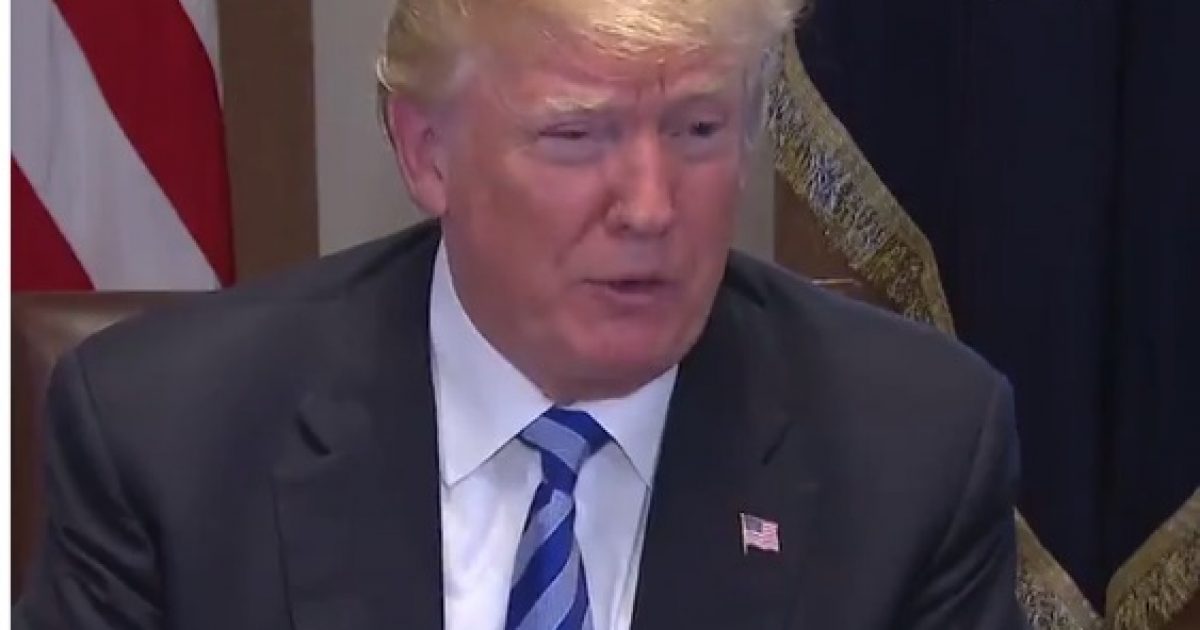 The left-wing media took another shot at President Trump by twisting his comments about the dangers of sanctuary cities.

During a roundtable discussion with government officials from California on sanctuary cities, President Trump referred to criminal illegal aliens as “animals.”

The agenda driven media promptly took the president’s words out of context and made it seem like President Trump was referring to all illegal aliens.

Fresno County Sheriff Margaret Mims expressed her frustrations with the federal government to the president regarding the handling of criminal illegal immigrants and cited MS-13 gang members as an example. Responding directly to that, Trump said the following:

“You wouldn’t believe how bad these people are. These aren’t people, these are animals, and we’re taking them out of the country at a level and at a rate that’s never happened before.”

In a classic propaganda effort, major news organizations distributed President Trump’s comment, conveniently leaving out the context that he was referring to MS-13 gang members.

A CNN Tweet exposes the twisting of the truth:

"We're taking people out of the country. You wouldn't believe how bad these people are. These aren't people — these are animals." During a meeting with public officials who oppose California’s sanctuary policies, Pres. Trump criticized US immigration laws https://t.co/2KcrIhMnyR pic.twitter.com/SsmCdaofHb

The left-wing media manipulates President Trump’s words in an effort to distract from his accomplishments and rising public approval rating.