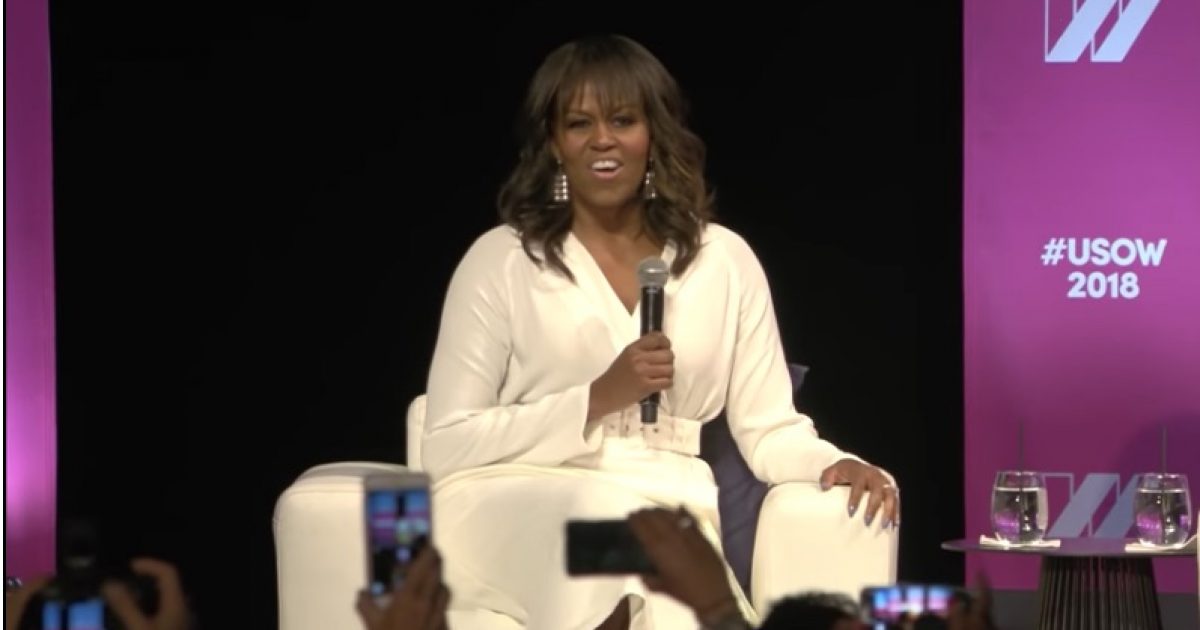 Michelle Obama criticized women for not overwhelmingly voting for Hillary Clinton in the 2016 presidential election at the United State of Women Summit in Los Angeles, California.

She claimed women have a double standard where they demand a higher standard for a female as opposed to a male.

“When the most qualified person running was a woman, and look what we did instead, I mean that says something about where we are,” Obama said, referencing President Trump’s victory in the 2016 election. “That’s what we have to explore, because if we as women are still suspicious of one another, if we still have this crazy, crazy bar for each other that we don’t have for men … if we’re not comfortable with the notion that a woman could be our president compared to … what, then we have to have those conversations with ourselves as women.”

Regarding the 2016 presidential election, she added regarding the women vote, “What is going on in our heads where we let that happen, you know?”

At the conference, Obama reiterated that she is not interested in running for office.

The former First Lady feels women should vote for another woman apparently regardless of the character of the person.

Obama feels Clinton was the most qualified candidate but she failed to consider the fundamental fact the numerous controversies surrounding Clinton and that she ran a horrible campaign.

In addition, Obama is upset President Trump is erasing her husband’s legacy.

The Root wrote a story and posted a video about Obama’s remarks at the conference.