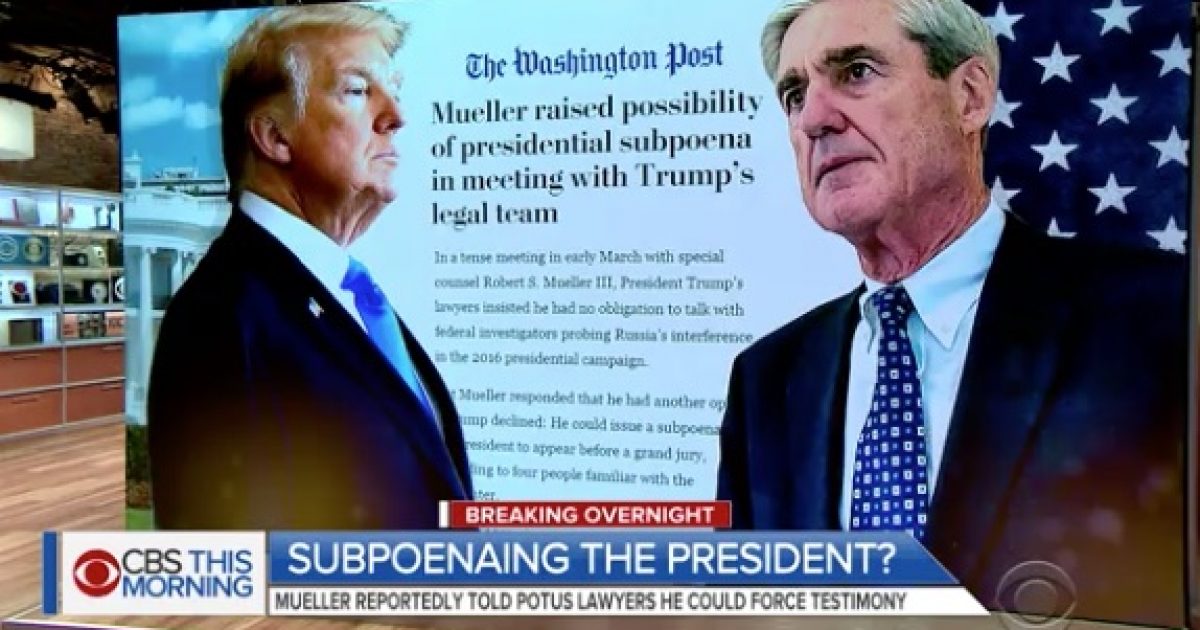 Special Counsel Robert Mueller is back in the news over raising the possibility of using a subpoena to force President Trump to talk to his investigative team.

In a tense meeting in early March with special counsel Robert S. Mueller III, President Trump’s lawyers insisted he had no obligation to talk with federal investigators probing Russia’s interference in the 2016 presidential campaign.

But Mueller responded that he had another option if Trump declined: He could issue a subpoena for the president to appear before a grand jury, according to four people familiar with the encounter.

The open-ended queries appear to be an attempt to penetrate the president’s thinking, to get at the motivation behind some of his most combative Twitter posts and to examine his relationships with his family and his closest advisers. They deal chiefly with the president’s high-profile firings of the F.B.I. director and his first national security adviser, his treatment of Attorney General Jeff Sessions and a 2016 Trump Tower meeting between campaign officials and Russians offering dirt on Hillary Clinton.

After 19 indictments it doesn’t look like the Russia investigation will end without Mueller questioning the president — at least that’s what the special counsel is signaling. The ongoing negotiations with the president’s legal team have become contentious and it is unclear what will come next.

President Trump reacted to the leaked questions from Mueller on Twitter:

The leaked questions are extremely broad and open-ended which is consistent with Mueller setting a perjury trap for President Trump.