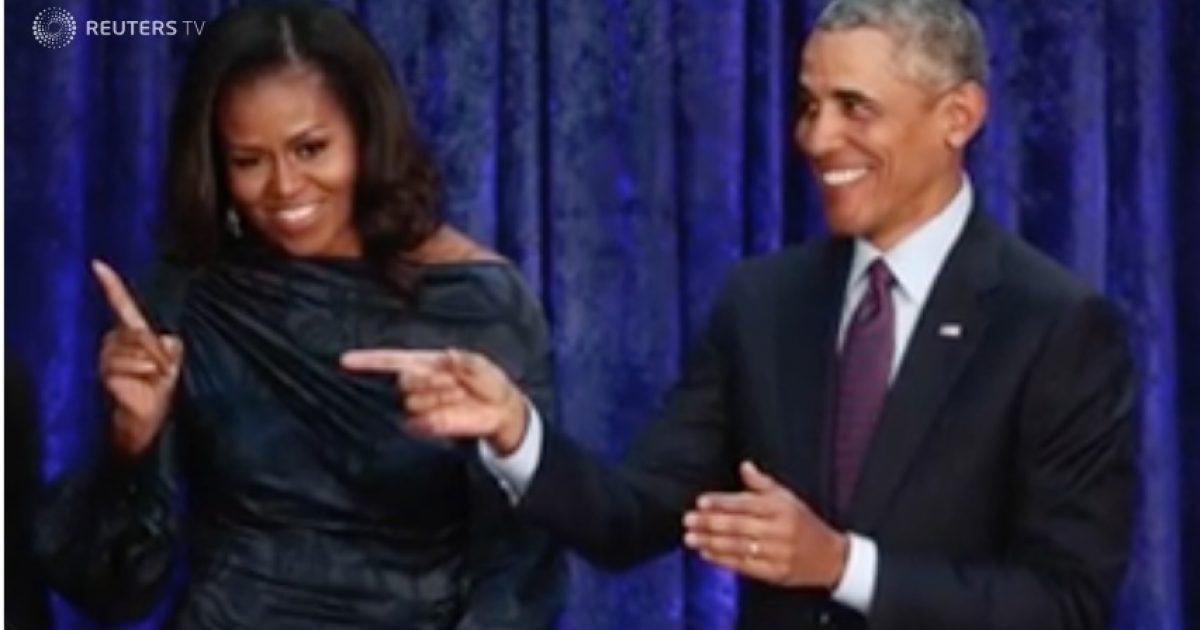 A top Netflix executive is claiming the programming from Michelle and former President Obama will not be political.

Netflix, the video streaming company, recently signed a contract with the Obamas to produce a variety of programming content.

Netflix has inked a multiyear deal with the Obamas for original programming — but the content from the former First Couple will not have any political bias, according to chief content officer Ted Sarandos.

“This is not The Obama Network,” said Sarandos, speaking Tuesday at the Paley Center for Media in New York. “There’s no political slant to the programming.”

Ignoring the political backlash from conservatives for signing the Obamas, Netflix touted the deal on Twitter:

Netflix is on the defensive because of its decision to financially reward former members of the Obama administration.

In addition to signing the Obamas for a programming deal, the company also selected former National Security Advisor Susan Rice as a member of Netflix’s board of directors.

Political connections may very well be behind the signing of the Obamas and Rice.

Sarandos was a huge donor to former President Obama and his wife was appointed as an Ambassador by the former president.

Ted Sarandos, a major campaign contributor for Obama and the streaming giant’s creative content chief who oversees an $8 billion budget, helped to broker the deal, the source told The Post.

Sarandos and his wife, Nicole Avant, bundled nearly $600,000 in contributions to Obama from their friends and associates during the 2012 presidential campaign.

The couple is friends with the Obamas, and Avant served as US ambassador to the Bahamas from 2009 to 2011, during the former president’s first term.

Netflix CEO Reed Hastings was also a big financial backer of former President Obama and he is a big critic of President Trump.

During the 2016 presidential campaign, Hastings said if Trump won it would be “… so bad for America.”

“It’s so bad for America if he wins, it’s secondary on the economy,” Hastings said.

Hastings is one of many prominent tech executives who have publicly backed Hillary Clinton for president. Hastings and his wife are also included on a list of “Hillblazers,” or individuals who have raised at least $100,000 for her campaign.

Moreover, claims the Obamas programs will not be political is nonsense.

Former President Obama is a community activist at heart and he will use the global streaming service provided by Netflix as a propaganda tool.