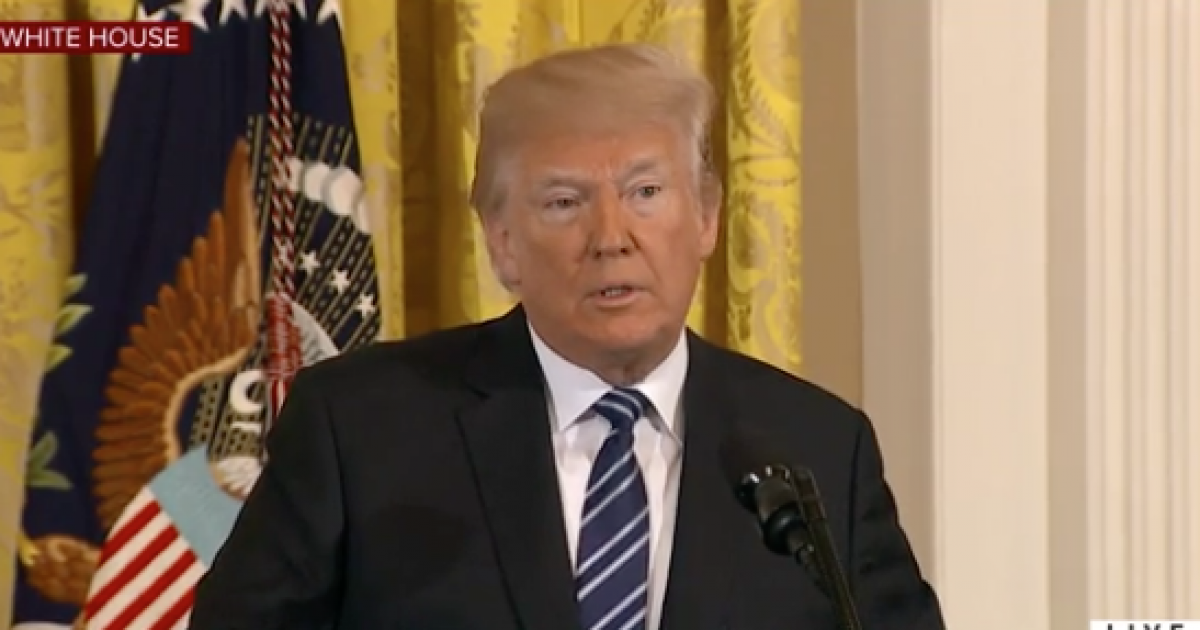 President Trump is putting his money where his mouth is by donating his 2018 first quarter salary to “important projects,” including the Department of Veterans Affairs.

President Trump donated his salary for the first quarter of 2018 to the Department of Veterans Affairs, the White House said Thursday.

This isn’t the first time President Trump donated his salary.

Trump has previously donated his quarterly salaries to the Transportation Department, the Health and Human Services Department for the opioid epidemic, the National Park Service and the Education Department.

CNN Tweeted about the donation to the VA.

White House press secretary Sarah Sanders: “Today, the President is proud to donate his 2018 first quarter salary to the Department of Veteran Affairs to support their caregiver programs” https://t.co/pdnCYNqRvA

President Trump is keeping his campaign promise to remember the forgotten men and women including veterens that served our country.