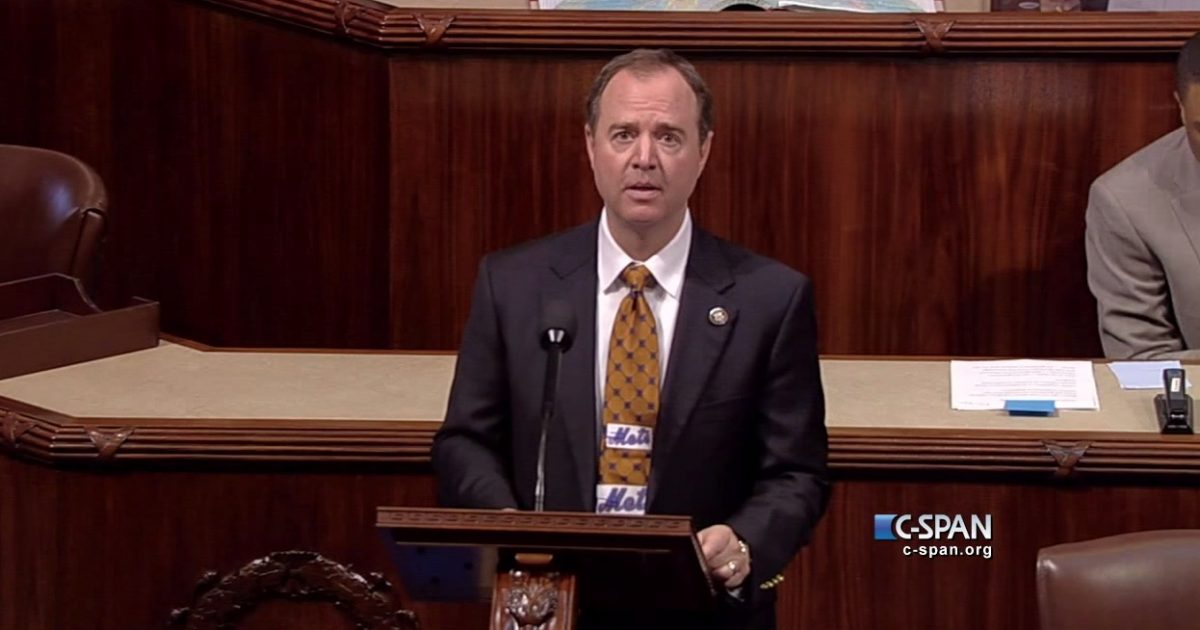 The top Democrat with the House Intelligence Committee accused President Trump of spreading “false information” about a spy in the Trump campaign.

“This claim by the president, this suggestion by [Trump lawyer Rudy] Giuliani is that there is a political spy embedded in the Trump campaign is nonsense,” Schiff said. “And you hear it in the same terms that Trump often speaks, which is ‘people are saying’ or ‘I’m hearing’ or ‘we’re being told’. That’s another way of saying this is patently untrue, but we would like to spread it anyway. And it’s singularly destructive of our institutions, but that’s the point.”

Last week, President Trump Tweeted his thoughts about the revelation of an FBI spy in his campaign.

Wow, word seems to be coming out that the Obama FBI “SPIED ON THE TRUMP CAMPAIGN WITH AN EMBEDDED INFORMANT.” Andrew McCarthy says, “There’s probably no doubt that they had at least one confidential informant in the campaign.” If so, this is bigger than Watergate!

President Trump also Tweeted that after two years of investigations, there’s no evidence of collusion or obstruction with his campaign and Russian officials.

Congratulations America, we are now into the second year of the greatest Witch Hunt in American History…and there is still No Collusion and No Obstruction. The only Collusion was that done by Democrats who were unable to win an Election despite the spending of far more money!

The Deep State got caught spying on the Trump campaign and Schiff is lying on national TV to cover their tracks.