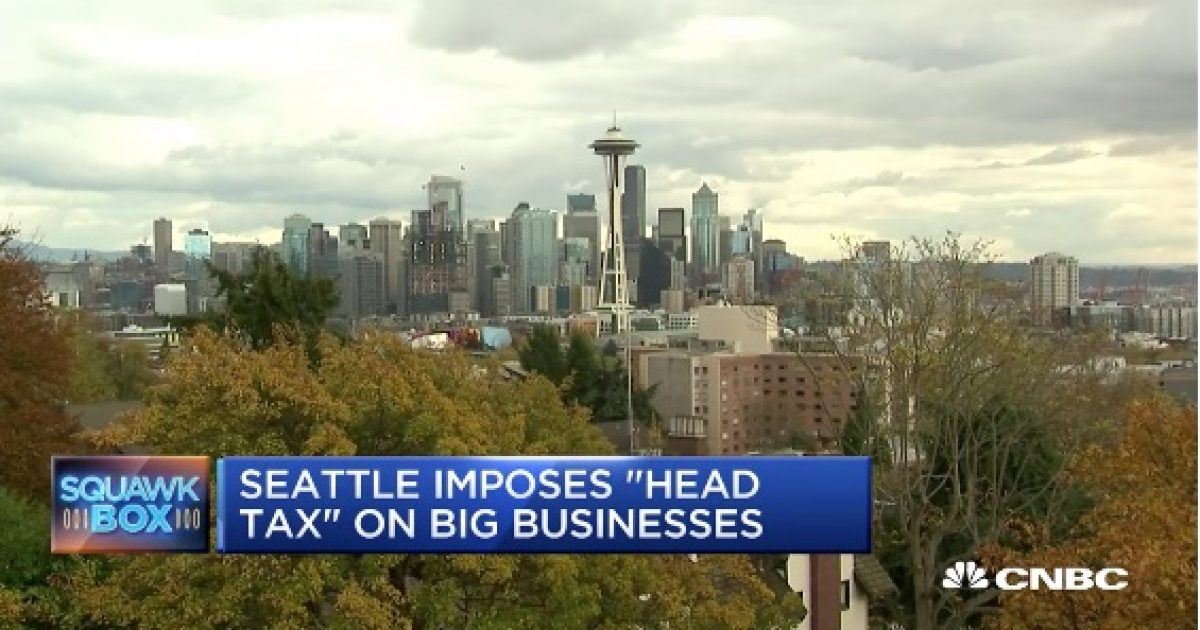 What could go wrong?

Seattle, Washington, decided to address the number of homeless in the city by taxing big business.

The city council voted to tax big businesses per employee.

Starting next year, the tax will be $275 per employee, per year on for-profit companies that gross at least $20 million per year in the city — down from a $500-per-head proposal that Durkan threatened to veto.

The city declared a homelessness state of emergency in late 2015. A point-in-time count last year tallied more than 11,600 homeless people in King County and one in 16 Seattle Public Schools students is homeless.

Seattle is the headquarters for a number of huge companies such as Amazon and Starbucks.

Amazon was a vocal critic of the tax plan and as the story notes it has, “…more than 45,000 employees in the city, Amazon could pay more than $10 million per year.”

Taxing big businesses per employee is a disincentive for the companies to invest and grow in Seattle.

In addition, it would be illogical for companies to move to the city knowing it’s going to be taxed for each employee.

Progressive policies will only harm long-term economic conditions for cities.