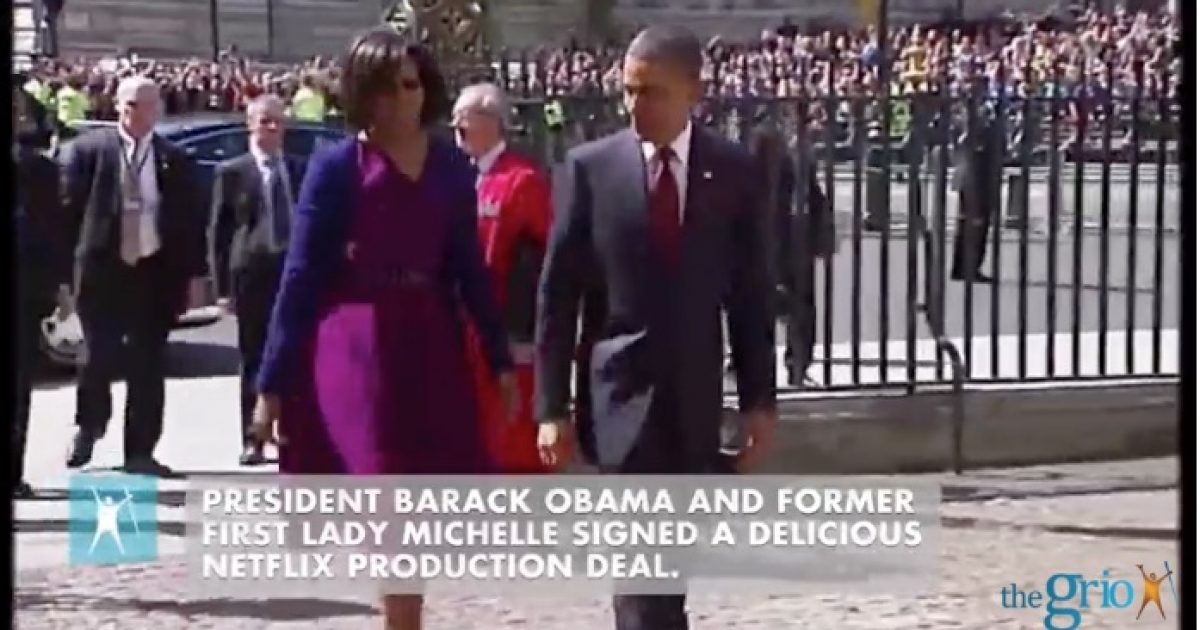 The Obamas plan on delivering a variety of media content including documentaries and docu-series.

The Obamas have started Higher Ground Productions to produce their content for Netflix. In a statement shared by Netflix, Obama said he and Michelle Obama “hope to cultivate and curate the talented, inspiring, creative voices who are able to promote greater empathy and understanding between peoples, and help them share their stories with the entire world.”

The Grio defended the deal between Netflix and the Obamas and urged critics to “chill out.”

President Barack Obama and Former First Lady Michelle signed a delicious Netflix production deal, but people are overreacting and pledging to boycott the streaming service when they really need to just chill out.

They even created a little #BoycottNetflix hashtag.

Netflix is most certainly not taking conservative criticism seriously given the company appointed former Obama administration official Susan Rice to its board of directors.

Having a production company and a huge global media delivery outlet such as Netflix gives the Obamas an opportunity to twist facts for political purposes.

The Borelli household dumped Netflix when the company put Rice on the board of directors.

.@reedhastings @netflix You’re Fired! Cancelling my long time subscription because u gave lying Susan Rice a post on ur Board of Directors #BoycottNetflix #Done #BuhBye pic.twitter.com/JvUHiQrMYs