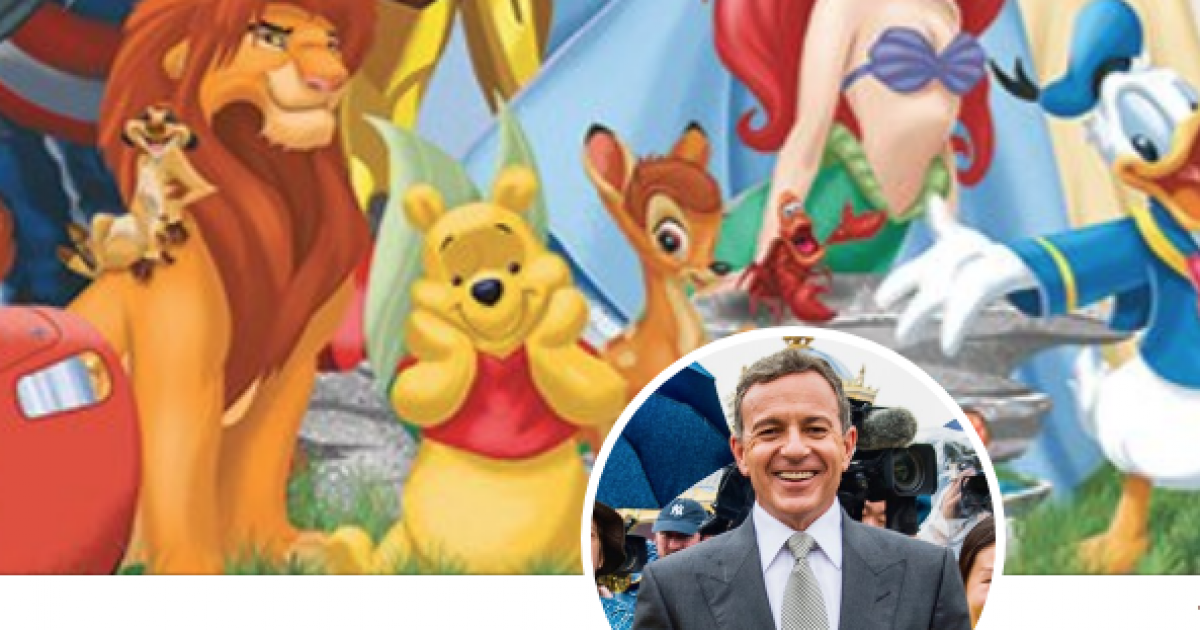 President Trump jumped into the debate over The Walt Disney Company’s decision to fire Roseanne Barr over her racist Tweet.

Disney CEO Bob Iger defended the decision by ABC, a unit of Disney, in a Tweet and President Trump fired back in a Tweet.

From Channing Dungey, President of ABC Entertainment: "Roseanne's Twitter statement is abhorrent, repugnant and inconsistent with our values, and we have decided to cancel her show."
There was only one thing to do here, and that was the right thing.

President Trump was looking for an apology from Iger for what ABC says about him:

Bob Iger of ABC called Valerie Jarrett to let her know that “ABC does not tolerate comments like those” made by Roseanne Barr. Gee, he never called President Donald J. Trump to apologize for the HORRIBLE statements made and said about me on ABC. Maybe I just didn’t get the call?

Disney-ABC has every right to fire based on its business interests.

However, it’s important to note Iger is a progressive and huge fan of Hillary Clinton so there could be a political agenda lurking behind the call to get rid of Barr.

Also, to President Trump’s point, the company Iger runs employs people that are very critical of the president, including members of ABC’s “The View” and struggling ESPN, owned by Disney, just hired Keith Olbermann back again.

A harsh new spotlight is falling on the vulgar social media history of ESPN star Keith Olbermann after the network’s parent, Disney, fired Roseanne Barr for a racist tweet.

On Tuesday, ABC pulled the plug on the wildly popular reboot of “Roseanne” after its namesake posted a racist and offensive tweet about former President Obama’s aide and close friend Valerie Jarrett. Last week, ABC’s cable sister, ESPN, announced that anti-Trump pundit Olbermann would return to the network despite a foul-mouthed Twitter account that includes countless offensive remarks directed at the president and his surrogates.

It’s politics, not values, that’s driving the double standard for the hiring and firing decisions at Disney-ABC.