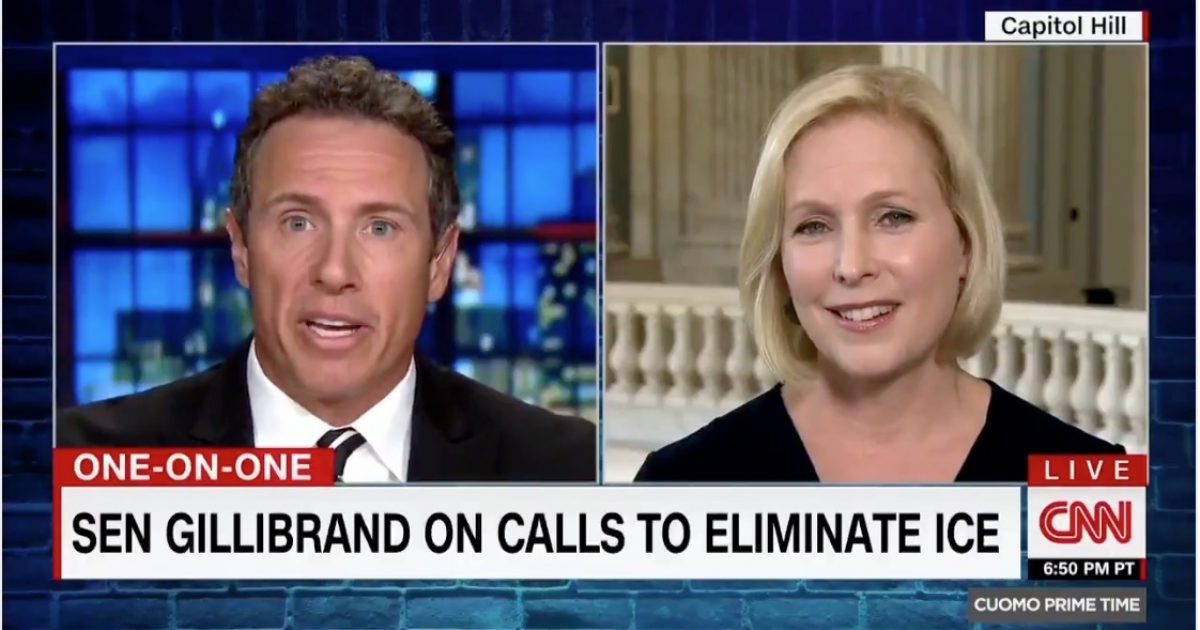 A number of prominent Democrats, including potential presidential candidates, are backing the idea to abolish the Immigration and Customs Enforcement agency (ICE).

The emotion surrounding President Trump’s zero-tolerance policy that resulted in children separated from their parents is presenting an opportunity for Democrats looking to appeal to the liberal base.

Yahoo posted an AP story on Democrats and ICE.

“You should get rid of it, start over, reimagine it and build something that actually works,” she told CNN late Thursday.

I believe we need to protect families who need help, and ICE isn’t doing that. It has become a deportation force. We need to separate immigration issues from criminal justice. We need to abolish ICE, start over and build something that actually works. https://t.co/JtSN68k4Fd

The New York Times reported on the anti-ICE wave sweeping through Democrats:

From Massachusetts to Hawaii, progressive candidates undeterred by the immense obstacles to eliminating a federal agency have peppered Twitter with hashtags of support. Deb Haaland, a Native American who stunned the New Mexico political establishment with a House primary victory early this month, supports the idea. A Florida candidate, Matt Haggman, cut a campaign ad promising to “close ICE down.” Cynthia Nixon, who is running for governor in New York, has called the immigration agency a “terrorist organization.”

Democrats are desperate and are using ICE as a political punching bag to advance their political interests.