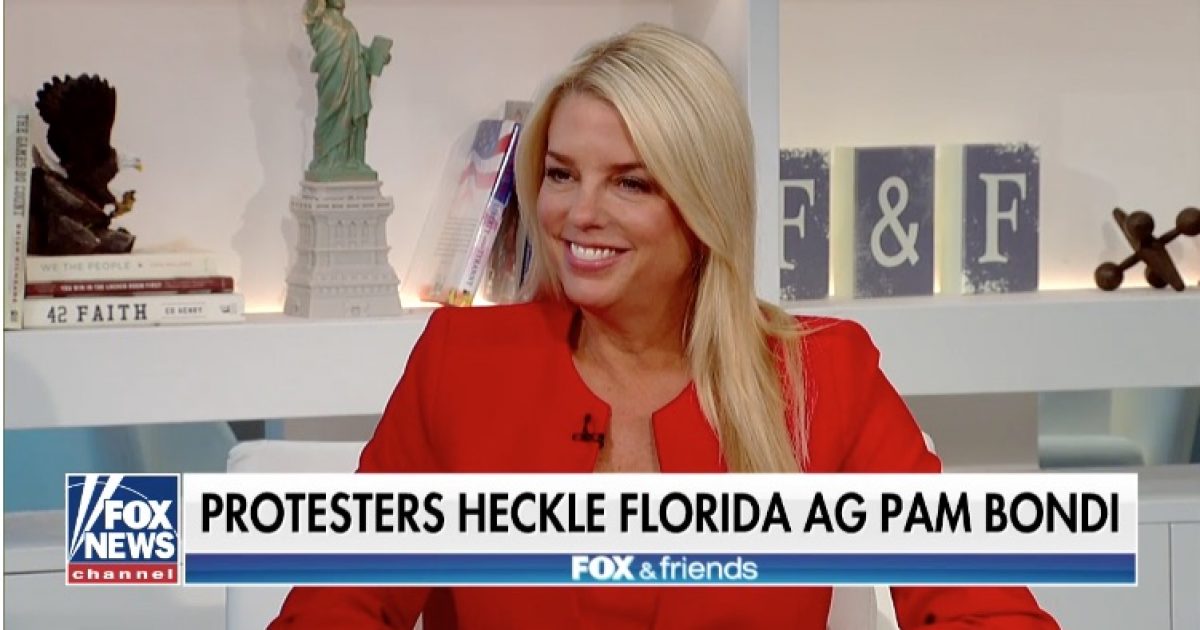 Over the weekend, Florida Attorney General Pam Bondi was harassed by left-wing activists at a movie theater.

Protesters confronted Florida Attorney General Pam Bondi at a showing of a documentary about children’s TV host Fred Rogers, and they questioned the Republican’s stands on immigration and health care.

The Tampa Bay Times reports Bondi received a police escort Friday when several members of Organize Florida confronted her as she left a Tampa theater after seeing “Won’t You Be My Neighbor” about Mr. Rogers. The demonstrators questioned Florida joining a lawsuit against the Affordable Care Act and Bondi’s general support of President Donald Trump’s immigration policies.

During an interview on Fox News’ Fox and Friends, Bondi discussed the incident:

On Monday, Bondi told Fox News Channel’s “Fox and Friends” that one protester spit on her head.

“Now I can’t say that was intentional because he was yelling so loud – I don’t know if it was just him spewing out of his mouth,” she said.

She said what happened to her was beyond protesting and could have resulted in violence. Bondi said she kept telling her boyfriend not to react, telling him that is what the protesters wanted.

Bondi said that after the movie, she insisted on leaving through the theater’s front door.

The incident was captured in a video and distributed on Twitter:

Pam Bondi attempted to attend a screening of the Mister Rogers documentary a day after announcing her plan to end protections for health care consumers with pre-existing conditions. Here, via @timintampa, is what happened. pic.twitter.com/zMLrSayS8M

Left-wing activism is out of control and Democrat Representative Maxine Waters (D-CA) is encouraging this very dangerous behavior.