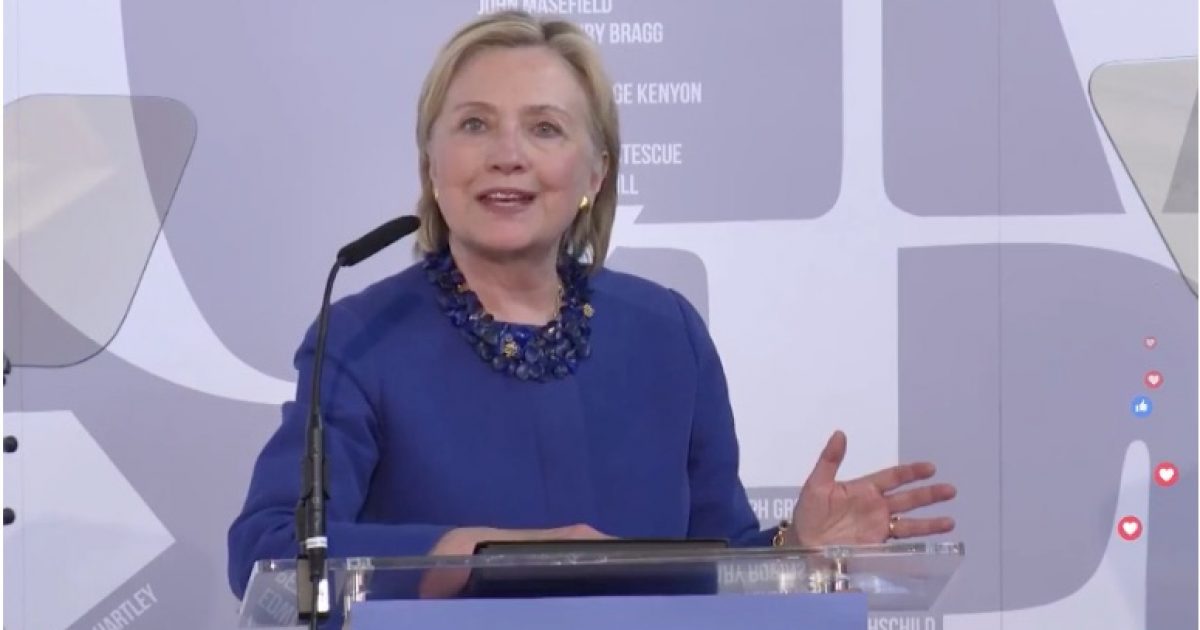 Clinton made the remarks at Oxford University in England.

The former presidential candidate and Secretary of State also compared President Trump to the president of Turkey.

In a speech to Oxford University on Monday, Clinton again bemoaned the American electoral college system that saw her win the popular vote in 2016 but lose the presidency.

‘Populists can stay in power by mobilizing a fervent base. Now, there are many other lessons like this, she said, adding that she had ‘my personal experience with winning three million more votes but still losing.’

We are in the midst of a global struggle,’ Clinton said, ‘between liberal democracy and a rising tide of illiberalism.’

Her reference to Turkey to its President Recep Tayyip Erdogan, who has been criticized as having authoritarian behavior and rejecting democratic principles.

Clinton exposed bias for the intellectual ruling class when she referred to the work of Yascha Mounk, a liberal academic.

“But Mounk concludes by saying, ‘Turkey also shows that political and intellectual elites, both inside the country and around the world, persistently underestimate the threat which these kinds of leaders pose to the survival of democratic institutions,’” Clinton continued.

Clinton’s remarks show she still does not understand Americans and the popularity of President Trump’s America First agenda.

In 2016, candidate Donald Trump called out Clinton’s insult of his supporters in a Tweet:

Wow, Hillary Clinton was SO INSULTING to my supporters, millions of amazing, hard working people. I think it will cost her at the Polls!

Democrat elites such as Clinton are detached from reality and have no clue about the struggles of the forgotten men and women.