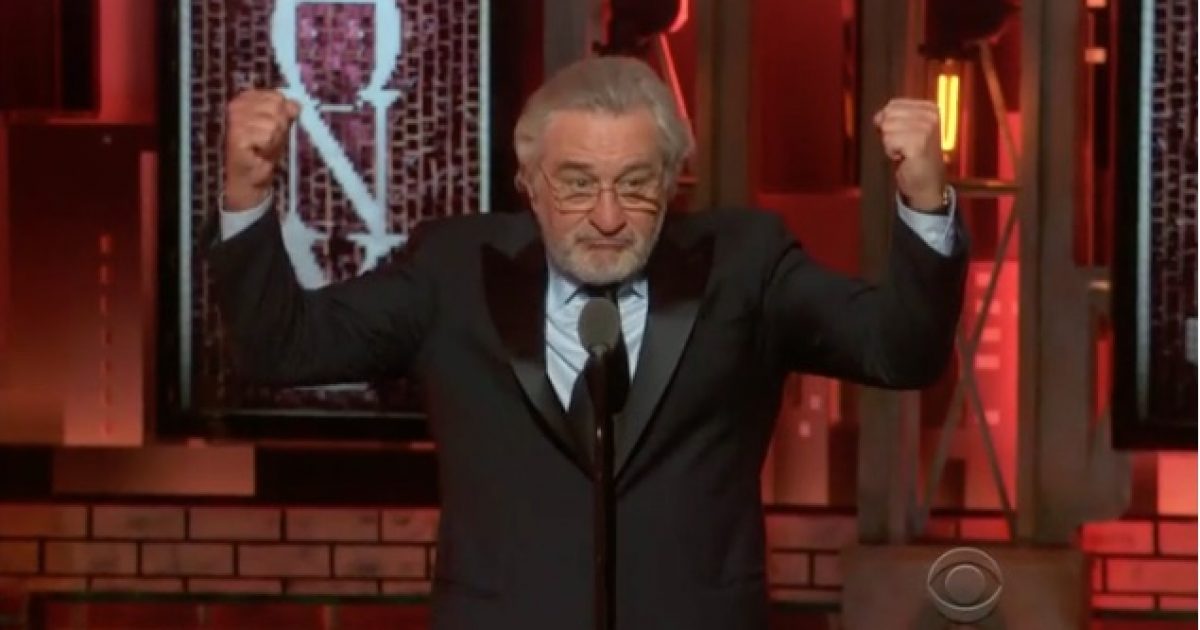 The attacks from Hollywood stars continue to be directed at President Trump.

During an introduction for a performance for Bruce Springsteen at the Tony Awards,
De Niro went on an anti-Trump tirade.

“I’m gonna say one thing: F— Trump!” he stated, as he clenched his two fists in the air, leaving panic-stricken broadcast censors trying bleep out the remarks. “It’s no longer down with Trump, it’s f— Trump!”

Vanity Fair reported on the audience reaction and the context of the comments by
De Niro:

The political sentiment earned De Niro a standing ovation from the crowd at Radio City Music Hall, while CBS scrambled to bleep the audio on the live telecast. After the audience settled, De Niro got back to talking about Springsteen, who received a special Tony Award during Sunday night. The intimate show, “Springsteen on Broadway” — or as De Niro referred to it, “Jersey Boy” — features the Boss performing his music and sharing stories from his 2016 autobiography “Born to Run.” Tickets to the exclusive concert residency, which has been extended twice, are upwards of $850.

De Niro’s on-stage “performance” was captured in a Tweet:

In the introduction to Springsteen, De Niro complimented the singer for songs that seek to advance government integrity and transparency and added, “Boy, do we need that now.”

De Niro’s comments are typical of the left-wing Hollywood elites comments which are filled with bumper sticker soundbites and totally absent of facts.

Former President Obama’s administration was filled with lies and deception yet he was worshipped by Hollywood elites.

President Trump has the economy on fire resulting in a big drop in unemployment but that is ignored by the left-wing.