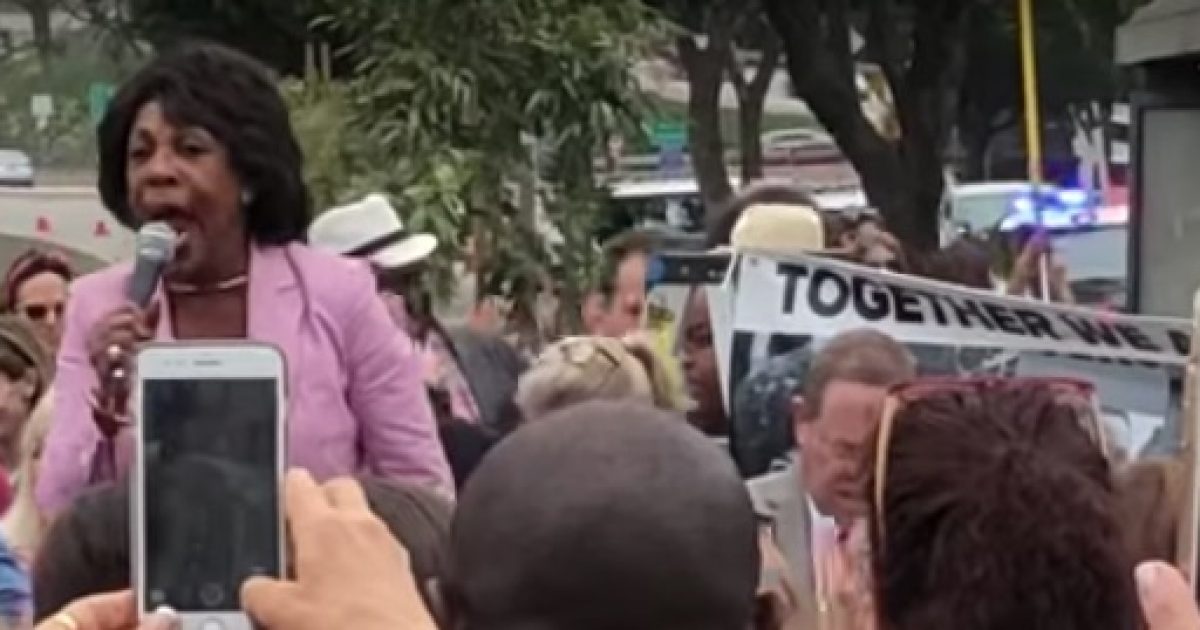 Representative Maxine Waters (D-CA) stepped up her resistance agenda towards President Trump and his administration calling for civil unrest.

Speaking to a crowd of supporters in California, Waters blasted the president and his administration over the “’zero-tolerance’ immigration policy — and said ‘the people’ will ‘absolutely harass’ Trump staffers.”

Liberal activists are already stepping up their rebellion against Trump staffers.

Left-wing activists targeted Department of Homeland Security Secretary Kirstjen Nielsen, verbally abusing and heckling her at a D.C. restaurant, over the administration’s immigration policy causing her to leave the establishment.

White House press secretary Sarah Huckabee Sanders and family members were kicked out of a Virginia restaurant by the owner on “moral grounds.”

Last night I was told by the owner of Red Hen in Lexington, VA to leave because I work for @POTUS and I politely left. Her actions say far more about her than about me. I always do my best to treat people, including those I disagree with, respectfully and will continue to do so

Waters and liberal activists calling for civil unrest and the harassment of Trump staffers is reckless and dangerous.