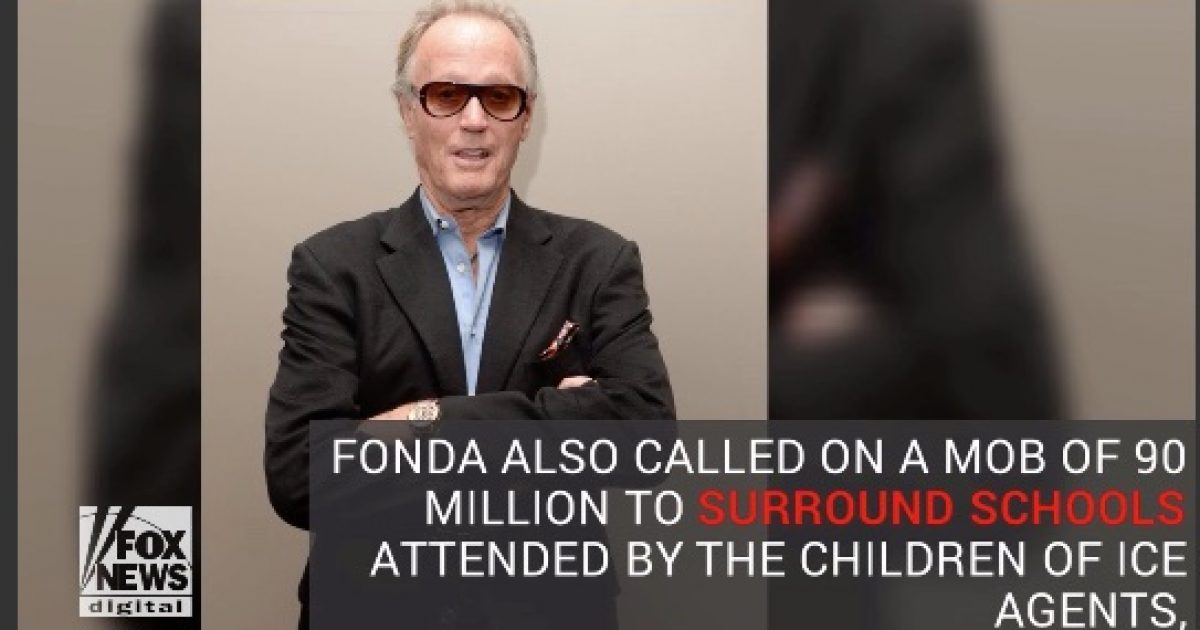 First Lady Melania Trump contacted the Secret Service to investigate Peter Fonda following the actor’s Tweet calling for her son to be kidnapped.

Stephanie Grisham, the first lady’s communications director, said in a statement to The Hill that the Secret Service was notified on Wednesday after Fonda tweeted about Barron Trump.

“WE SHOULD RIP BARRON TRUMP FROM HIS MOTHER’S ARMS AND PUT HIM IN A CAGE WITH PEDOPHILES AND SEE IF MOTHER WILL WILL STAND UP AGAINST THE GIANT ASSHOLE SHE IS MARRIED TO. 90 MILLION PEOPLE IN THE STREETS ON THE SAME WEEKEND IN THE COUNTRY. F—,” he wrote on Twitter. 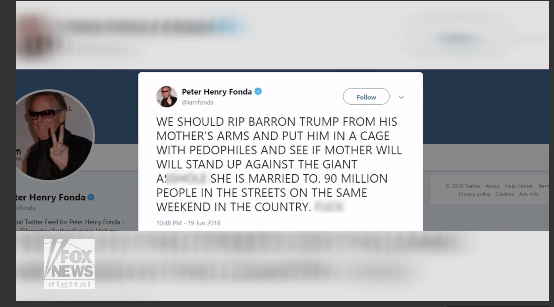 “I tweeted something highly inappropriate and vulgar about the president and his family in response to the devastating images I was seeing on television,” Fonda said in the statement, released by both his manager and his publicist. “Like many Americans, I am very impassioned and distraught over the situation with children separated from their families at the border, but I went way too far. It was wrong and I should not have done it. I immediately regretted it and sincerely apologize to the family for what I said and any hurt my words have caused.”

Fox News reported on Fonda’s Tweets about the zero-tolerance policy:

The Tweet from Fonda is simply outrageous and typifies the sick attacks against President Trump and his family.