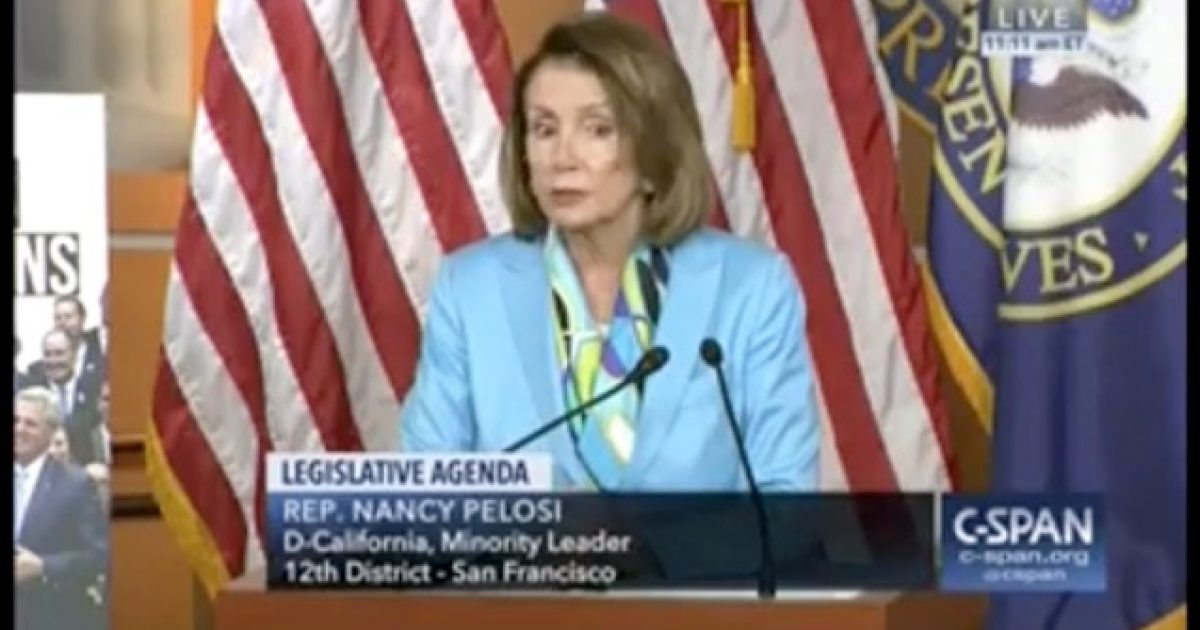 Nancy Pelosi (D-CA) is making sure immigration will be a hot-button issue during the midterm elections.

At a weekly press briefing, Pelosi questioned why there weren’t “uprisings all over the country” over migrant children being separated from parents that illegally enter the country.

“I just don’t even know why there aren’t uprisings all over the country, and maybe there will be when people realize that this is a policy that they defend,” she said. “It’s a horrible thing, and I don’t see any prospect for legislation here.”

“First of all, this was act of the administration. They had been planning this for a while,” Pelosi said at her weekly press conference on Thursday. “As a mother of five children, grandmother of nine, I’m sure any parents here, mother or father, knows that this is barbaric. This is not what America is. But this is the policy of the Trump administration.”

“Think of the stress of these children. They take a baby away from a nursing mother. They tell someone, you’re going to — “We’re going to give the baby a shower or a bath,” and then they take the baby, put them in a car seat, and drive them away. This is not normal. In fact, it’s barbaric. It has to stop.”

Pelosi questioning why there aren’t uprisings across the country is an irresponsible comment from a senior Democrat politician but it shows desperation and frustration are running through the Democrat Party.