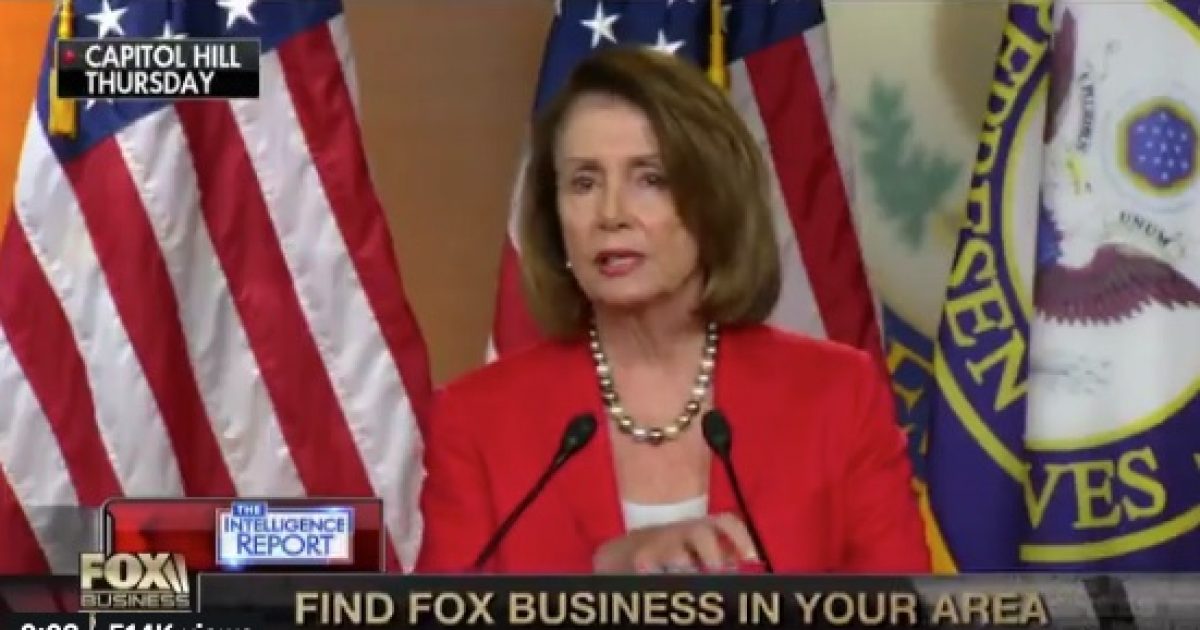 House Minority Leader Nancy Pelosi (D-CA) downplayed the drop in unemployment in her comments to the media.

Pelosi said lower unemployment is essentially meaningless without a rise in wages and consumer confidence.

House Democratic leader Nancy Pelosi said at her Thursday news conference that record low unemployment is not as important as restoring consumer confidence and increasing wages.

“This has happened before,” Pelosi said, “The people say, ‘Oh my goodness… the unemployment rate is down. Why isn’t my purchasing power increasing?'”

“Because our economy will never fully reach its possibilities unless we increase the consumer confidence,” she explained.

.@NancyPelosi: "Hip hip hooray, unemployment is down. What does that mean to me and my life? I need a bigger paycheck." https://t.co/fKhYCwwIrp pic.twitter.com/uNlHZ2AcVY

Pelosi’s comments sound good to her left-wing base but she is wrong on the facts.

Consumer confidence is the highest in almost two decades.

The Conference Board’s Consumer Confidence Index rose 2.4 points in May, reaching 128 — for the highest reading in more than 17 years, the organization said this week.

In addition, recent data shows wage growth is starting to rise for one segment of the workforce.

The Bonddad Blog wrote about the recent increase in wage growth including a graph from The Federal Reserve Bank of St. Louis:

As I noted then, it looks like wage growth for ordinary workers may finally be starting to accelerate.

While it seems crystal clear that the tax cuts for large businesses are just going into stock buybacks, it is certainly possible that small businesses are using some of their extra cash to increase pay for new workers.

Democrats are desperate because job growth threatens their political prospects in the upcoming midterm elections.

Pelosi is ignoring the fact that job growth will result in higher wages and higher consumer confidence.

As a result, Pelosi and others are distorting the truth in hopes of generating outrage from the left-wing base.