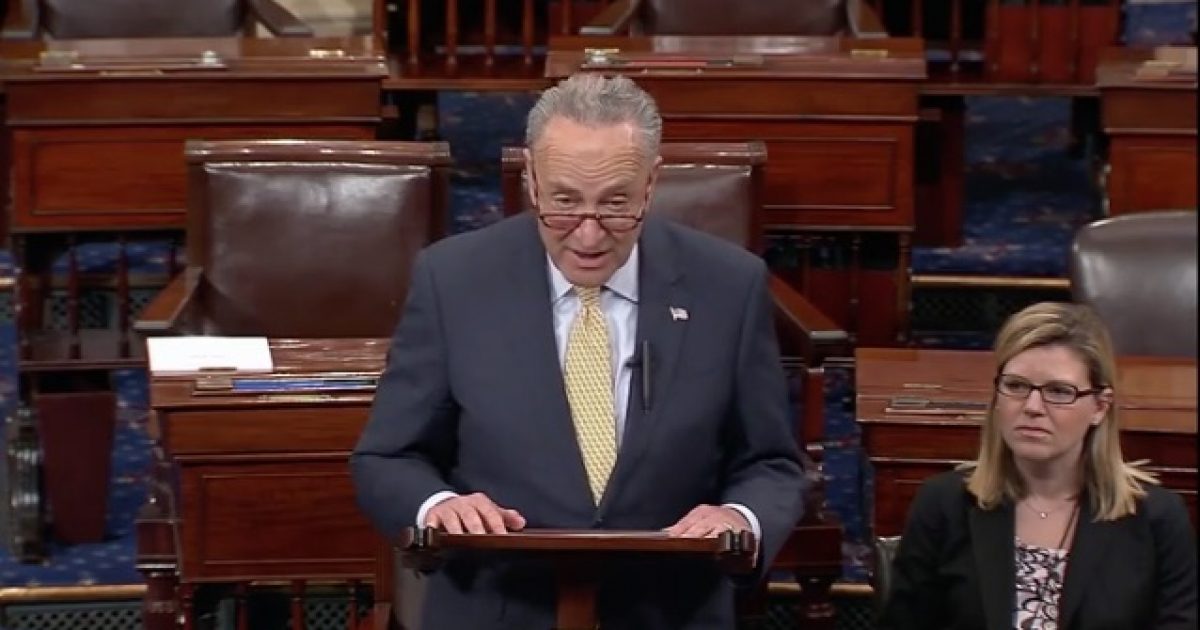 President Trump’s zero-tolerance policy is resulting in migrant children getting separated from their parents when the adult is charged with illegally entering the country.

The controversy of migrant children held in detention centers has become an emotional argument for the Left to slam President Trump.

Senate Democratic Leader Charles Schumer (N.Y.) on Tuesday dismissed a legislative proposal backed by Republican leaders to keep immigrant families together at the border, arguing that President Trump could fix the problem more easily with a flick of his pen.

“There are so many obstacles to legislation and when the president can do it with his own pen, it makes no sense,” Schumer told reporters. “Legislation is not the way to go here when it’s so easy for the president to sign it.”

As the story notes, Schumer’s refusal to agree to a legislative solution, “…means there likely won’t be a quick end to the emotional images of immigrant children being separated from their families unless Trump backs down and reverses his ‘zero tolerance’ policy.”

The fact Schumer does not want to stop migrant children separations by law is proof he is using the controversy for political gain.

Democrats are desperate for an issue to use against Republicans for the midterm elections and the emotion surrounding children in detention centers is an issue for the political party to exploit.

For Schumer, it’s not about the children, it’s about votes.