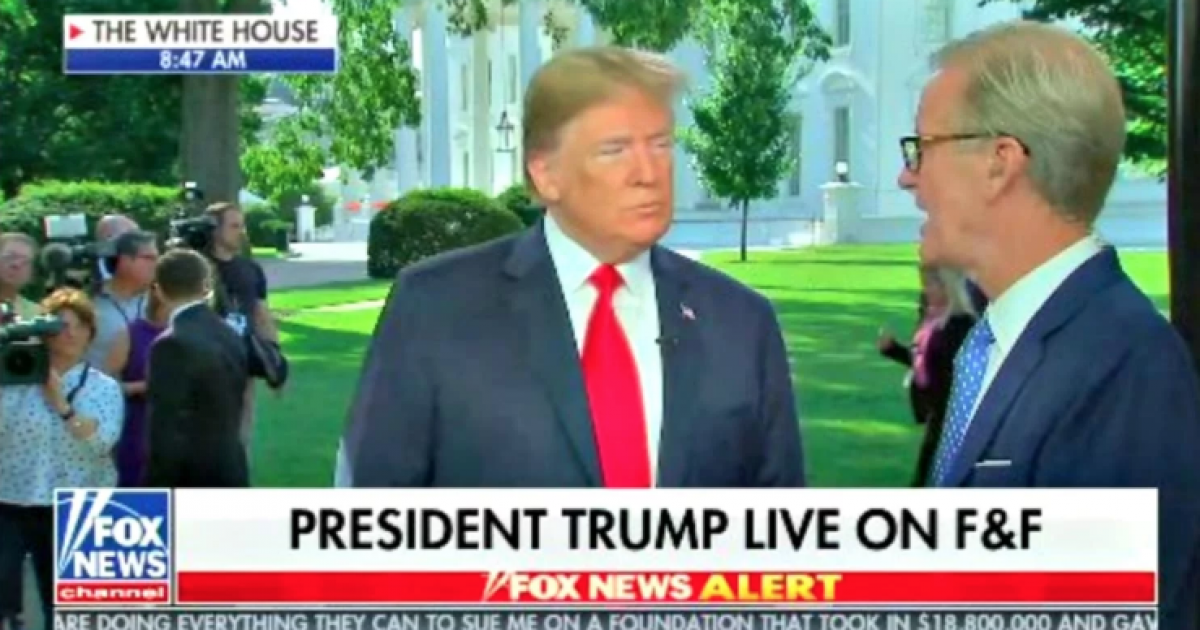 President Trump blasted former FBI Director James Comey and the ‘scum on top’ at the FBI in response over the findings of the inspector general report on the way the Department of Justice and the bureau handled the Hillary Clinton email investigation.

Trump made these comments during an interview on the White House lawn with Fox & Friends host Steve Doocy.

President Trump broke his silence on the scathing inspector general’s report with a vengeance Friday, first tweeting that the FBI boss he fired was the “worst” in the bureau’s history, then crashing “Fox & Friends” for an impromptu interview where he continued to blister the “scum on top” of the Obama-era bureau.

The president’s comments came a day after the release of the report, which was the result of an 18-month-long investigation by DOJ Inspector General Michael Horowitz. Trump said the report, which found ex-FBI Director James Comey was insubordinate, showed Trump was justified in firing him.

Trump also fired off a number of Tweets about the IG report including one that focused on FBI agent Peter Strzok:

FBI Agent Peter Strzok, who headed the Clinton & Russia investigations, texted to his lover Lisa Page, in the IG Report, that “we’ll stop” candidate Trump from becoming President. Doesn’t get any lower than that!

The story notes the IG report revealed additional negative text messages from FBI officials in addition to those from Strzok and former FBI lawyer Lisa Page.

These text messages made insulting remarks about President Trump’s supporters including calling them “retarded.”

The IG report documented extreme bias against President Trump and his supporters by top officials at the FBI.