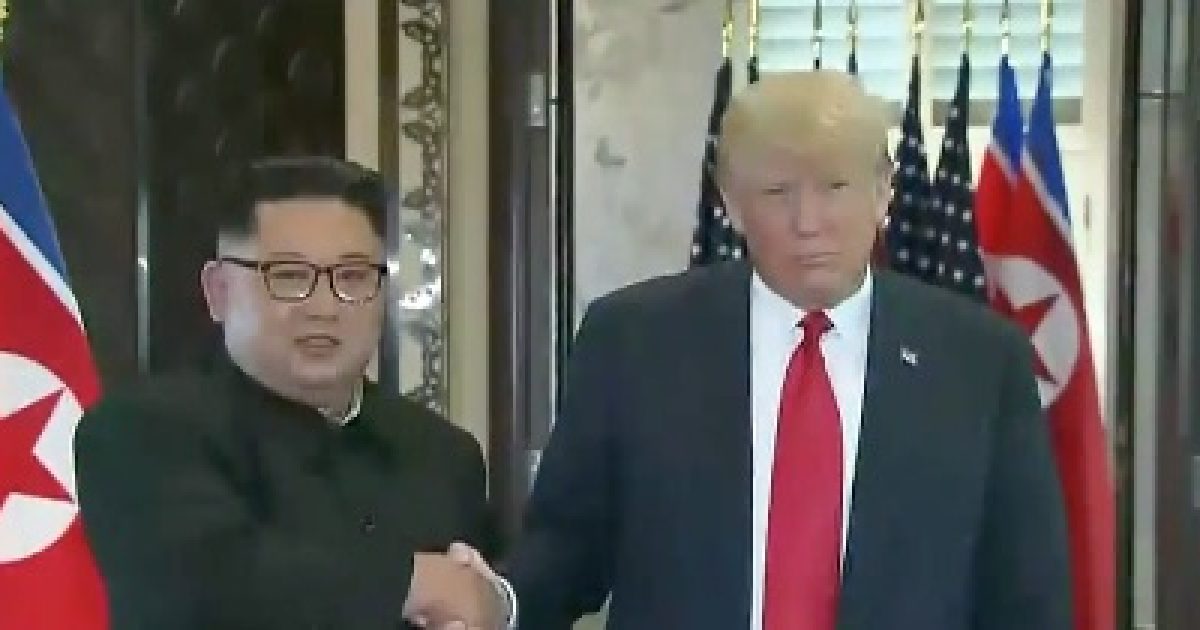 President Trump’s naysayers in the left-wing media cast doubt over whether a summit would take place with the president and North Korea dictator Kim Jong Un.

Now that the summit is over and a denuclearization declaration was signed, this meaningful accomplishment was still not enough for the president’s critics.

Responding to the criticism and lack of meaningful reporting, President Trump proclaimed America’s “biggest enemy is the Fake News.”

President Trump on Wednesday declared that the nation’s “biggest enemy is the Fake News,” particularly NBC and CNN for their coverage of the North Korea summit.

President Trump knows the risks involved with a nuclear North Korea and he delivered on his campaign promise to address an issue that other presidents were unable to accomplish since 2006.

Tuesday’s summit in Singapore between Trump and Kim Jong Un was the first ever meeting of a sitting U.S. president and North Korean leader.

During the meeting, Trump and Kim signed an agreement on denuclearization, with details to be worked out in subsequent negotiations. On Tuesday, Kim reportedly accepted Trump’s invitation to visit Washington, D.C.

President Trump Tweeted his thoughts about the mainstream media.

So funny to watch the Fake News, especially NBC and CNN. They are fighting hard to downplay the deal with North Korea. 500 days ago they would have “begged” for this deal-looked like war would break out. Our Country’s biggest enemy is the Fake News so easily promulgated by fools!

President Trump has done what no other president was able to do and is showing leadership on the international stage.

The summit between President Trump and Kim Jong Un is a step in the right direction and is good for America and the world.