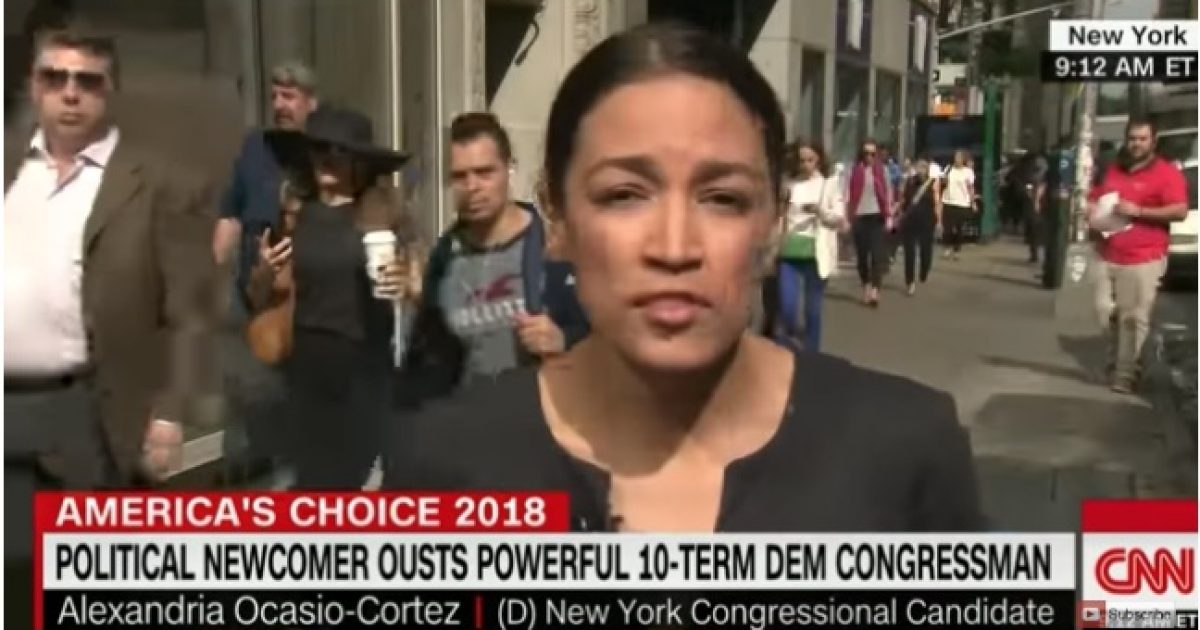 The impeach President Trump movement got another boost from Alexandria Ocasio-Cortez, the surprise winner of a New York Democrat primary race.

Her victory was a huge surprise and shows the socialist movement within the Democrat Party is alive and well.

Ocasio-Cortez, who ran on a far-Left political platform, wasted no time in supporting the movement to impeach President Trump during an interview on CNN.

“I would support impeachment,” the first-time candidate and former Bernie Sanders campaign organizer said. “I think that, you know, we have the grounds to do it.”

“Ultimately, what we need to focus on is ensuring that when people break the law … that we have to hold everyone accountable and that no person is above that law,” she added.

Ocasio-Cortez is a huge critic of Immigration and Customs Enforcement agency.

Ocasio-Cortez, a former organizer for Sanders’ 2016 presidential campaign, ran on a sharply liberal agenda, including abolishing ICE and making Medicare a universal program.

Crowley became just the third sitting member of Congress, and the first Democratic incumbent, to lose a primary this year — less than five months before the midterm elections.

The Democrat Party is veering far to the policial Left and impeaching President Trump is a top priority of the movement.