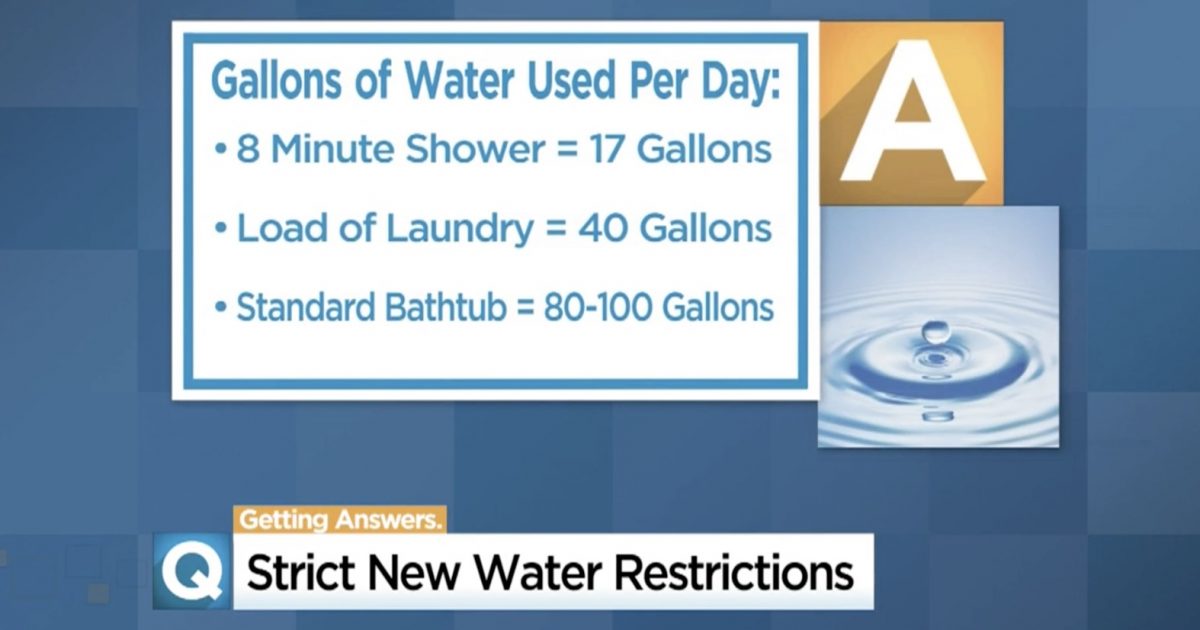 The number of toilet flushes and shower usage will be impacted by the new law signed by Governor Jerry Brown (D-CA).

There will soon be more focus on flushes and scrutiny over showers with a new law signed in by the governor.

California is now the first state in the nation to enact tough new water-efficiency standards. The controversial rules limit how many gallons a person can use inside their home per day.

California’s water usage will be scrutinized daily and determined by gallons per person usage for monitoring purposes.

Estimated water use for daily household chores include, “An 8-minute shower uses about 17 gallons of water, a load of laundry up to 40, and a bathtub can hold 80 to 100 gallons of water.”

The water restriction standards, including outdoor watering, will vary throughout the state based on “region’s climate and other factors instead of just one standard for the whole state.”

California residents are not happy about the new water restriction law including a mom of a 4-year-old.

“With a child and every day having to wash clothes, that’s, just my opinion, not feasible. But I get it and I understand that we’re trying to preserve…but 55 gallons a day?” said Tanya Allen, who has a 4-year-old daughter.

Fines against water districts for not complying could be up to $10,000 per day.

California’s intrusive government is limited the freedom of its citizens.