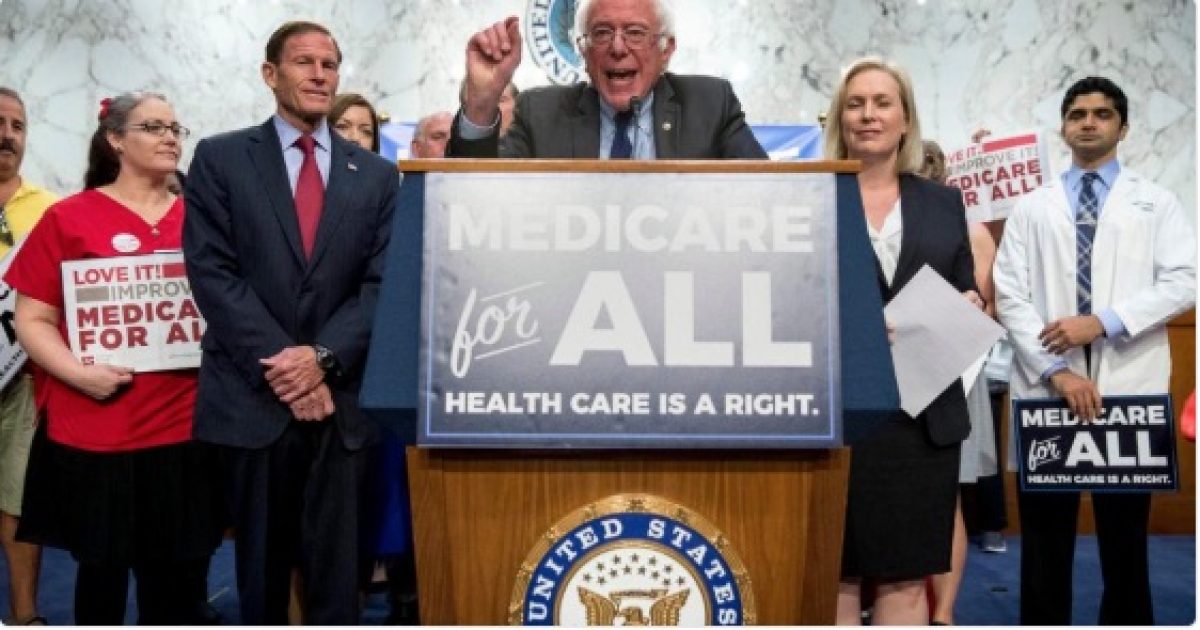 “Medicare for All” comes with a huge price tag according to a study by the Mercatus Center.

The latest plan from the Vermont independent would require historic tax increases as government replaces what employers and consumers now pay for health care, according to the analysis being released Monday by the Mercatus Center at George Mason University in Virginia. It would deliver significant savings on administration and drug costs, but increased demand for care would drive up spending, the analysis found.

Sanders’ plan builds on Medicare, the popular insurance program for seniors. All U.S. residents would be covered with no copays and deductibles for medical services. The insurance industry would be relegated to a minor role.

Fox News reports the expansion of Medicare is also supported by a number of Democrats:

The Fox News story includes a response by Sanders:

But Sanders blasted the analysis as “grossly misleading and biased,” noting that the Mercatus Center receives funding from the conservative Koch brothers. Koch Industries CEO Charles Koch is on the center’s board.

“If every major country on earth can guarantee health care to all, and achieve better health outcomes, while spending substantially less per capita than we do, it is absurd for anyone to suggest that the United States cannot do the same,” Sanders said in a statement. “This grossly misleading and biased report is the Koch brothers’ response to the growing support in our country for a ‘Medicare for all’ program.”

Sanders claims his idea of “Medicare for All” is not a radical idea:

Please remember that our ideas, including Medicare for all, are not radical. They are what the vast majority of the American people want. https://t.co/vHOZRoCY3u

Sanders and other left-wing politicians continue to promote the idea of “free stuff” as a means to get votes.

Cost and the quality of medical treatment is not part of the left-wing’s sales pitch.