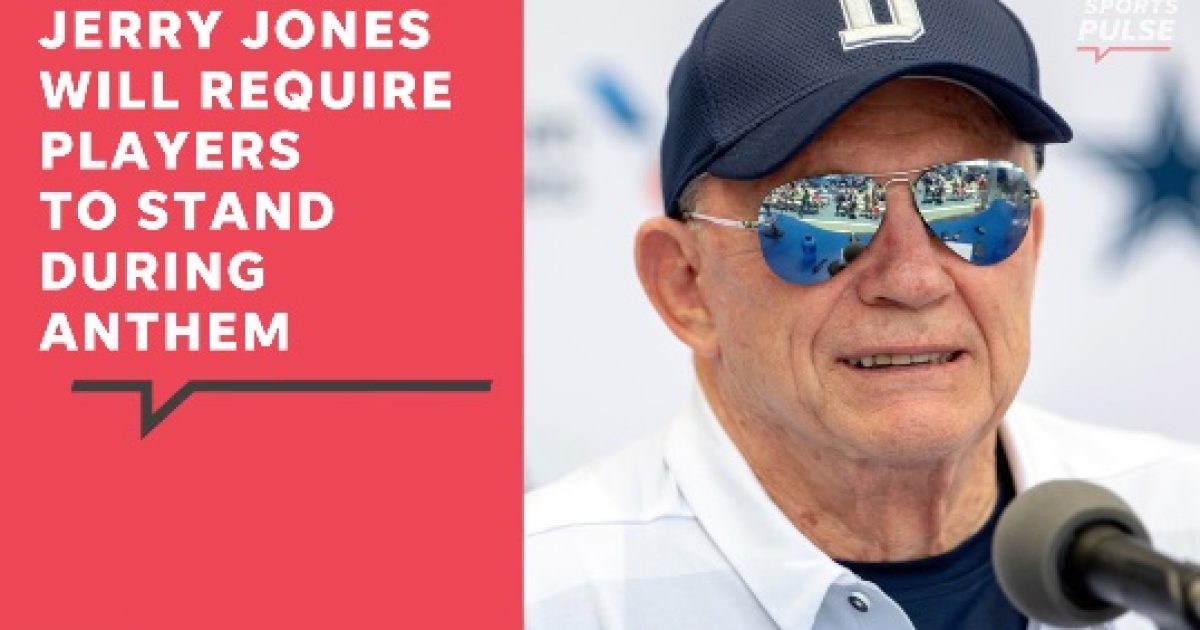 Dallas Cowboys owner Jerry Jones is requiring his players to stand during the National Anthem.

The Cowboys owner is not waiting for the NFL.

Jones made the decision while the NFL and the player’s union are trying to negotiate a solution to address the controversy surrounding players conduct during the National Anthem.

The NFL recently paused its new policy in response to the NFLPA filing a grievance against the league.

Jerry Jones said Wednesday the Dallas Cowboys will not support players who choose to remain in the locker room for The Star-Spangled Banner rather than standing on the field.

“Our policy is you stand during the anthem, toe on the line,” Jones said in a press conference.

Jones responded to the NFL’s decision to pause its new policy saying, “That was put on hold. It did not impact our position, my position, relative to the Cowboys. Our position is real clear: You should stand.”

Jerry Jones does not want players staying in the locker room during the national anthem. “Our policy is you stand during the anthem, toe on the line.” https://t.co/aKnk2iMbCR

Jones’ son Stephen Jones clarified the position of the team.

Executive vice president Stephen Jones said the Cowboys don’t have an anthem issue because his father has made his stance clear from the beginning.

“I do understand when you see the back and forth,” Stephen Jones said. “But we’ve been consistent and we’ve never moved. Jerry’s never changed his stance once. I think he feels strongly about it.”

Jerry Jones is doing what every owner should do regarding player conduct during the National Anthem: make the players stand.

The NFL is a business and the owners have every right to enforce a policy that protects their brand.