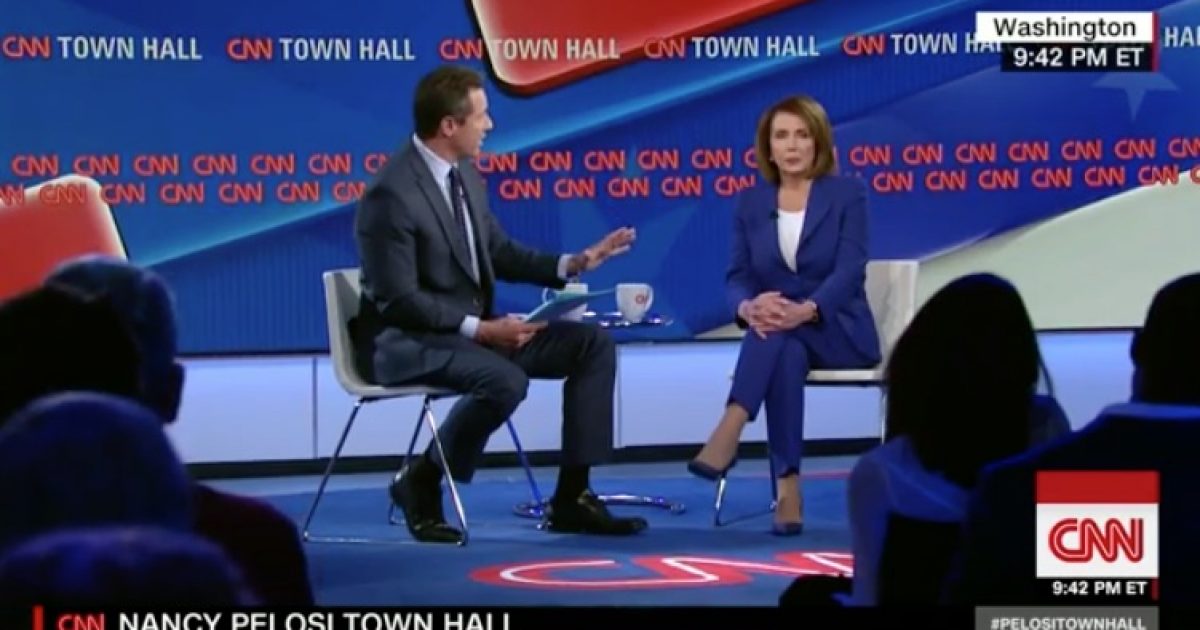 Democrat leaders are backing away from the impeach President Trump agenda.

With the midterm elections approaching, some Democrat leaders think pushing the effort to impeach President Trump could backfire on them.

Instead, Democratic leaders have tamped down the impeachment push in the name of political pragmatism, fending off — for now — an effort by animated caucus liberals to escalate their oust-Trump campaign following his broadly maligned joint press conference with Putin in the Finnish capital on Monday.

Not only is impeachment highly unlikely under a GOP-controlled Congress, the leaders argue, but it could undermine the chances of Democrats winning back the House in November, when they’ll need to flip seats in conservative-leaning districts where voters may be put off by an aggressive offensive to topple the president.

During a CNN Town Hall, California Representative Nancy Pelosi said, “I do not think that impeachment is a policy agenda.”

“At this point in time it would be a distraction. There will be time for that,” said Rep. Steny Hoyer (Md.), the Democratic whip, who had moments before told reporters on Tuesday that Trump’s actions were “treasonous.”

Connecticut Representative Jim Himes is not on board with the idea to impeach Trump.

“I’m very much of the view that until there is a clear crime, we better be pretty quiet about impeachment,” said Rep. Jim Himes (D-Conn.), a House Financial Services Committee member and chairman of the moderate New Democrat Coalition. “Politically, and for the good of the republic, I think that’s a glass box you only break in the case of an emergency.”

Democrats are divided over calls to impeach President Trump.

California Representative Maxine Waters has led the charge constantly calling for the impeachment of Trump. Following his inauguration Waters said, “my greatest desire is to lead him right into impeachment.”

However, the U.S. House of Representatives voted on “a ‘motion to table’ the resolution, effectively killing it,” and Representatives Nancy Pelosi and Steny Hoyer issued a joint statement.

“This President has made statements and taken actions that are beyond the pale for most Americans, embracing those who espouse hatred and division while promoting policies that would harm our economy and undermine our national security,” the statement said. “Legitimate questions have been raised about his fitness to lead this nation. Right now, Congressional committees continue to be deeply engaged in investigations into the President’s actions both before and after his inauguration. The special counsel’s investigation is moving forward as well, and those inquiries should be allowed to continue. Now is not the time to consider articles of impeachment.”

Of course, Pelosi would push to impeach President Trump if Democrats took control of the House of Representatives.

Pelosi and other Democrats are worried the impeach President Trump rhetoric will drive Republicans to the polls preventing Democrats from winning this fall.

It’s all about turnout for the upcoming midterm elections.