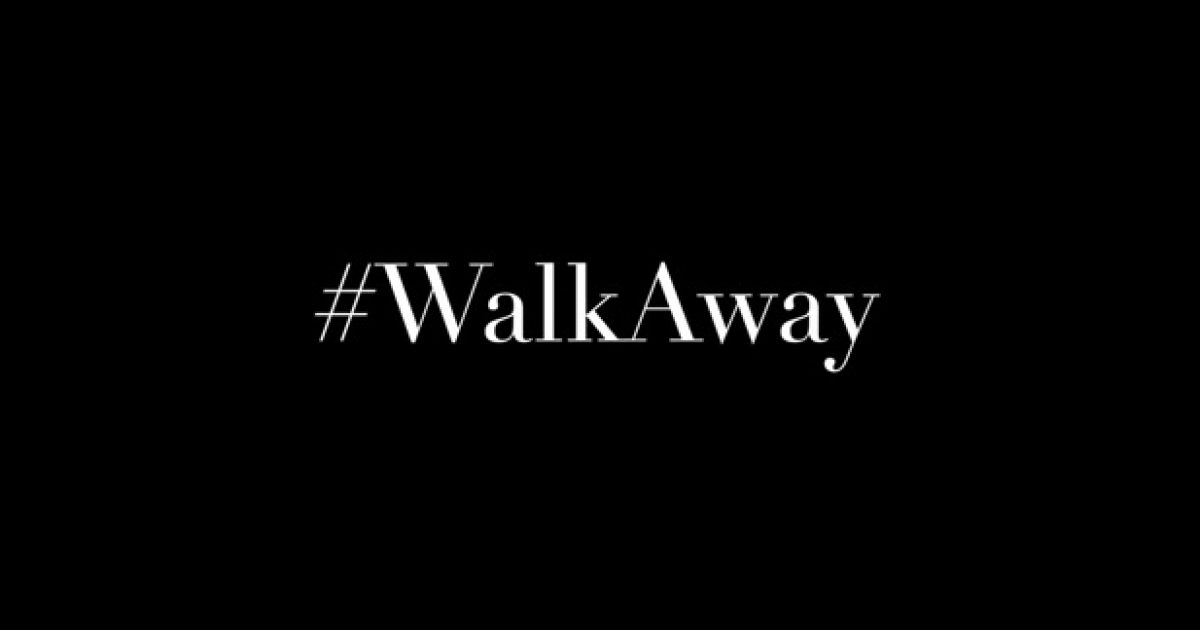 As the midterm elections fast approach, Democrats will find out the hard way their so-called Blue Wave is crashing down on them.

The Left’s anti-Trump agenda and identity politics has resulted in ex-liberals taking to social media to express their frustrations of the Democrat party.

A social media campaign called #WalkAway has gone viral with videos of people declaring they no longer support the Left’s liberal agenda.

Brandon Straka, the founder of the #WalkAway movement, published a video in May on why he left the Democrat party.

Some 5 million people on Facebook and YouTube have seen the video by now. A very handsome gay man, who you just assume is about to scold you on progressive talking points, instead says this:

“Once upon a time, I was a liberal. Well, to be honest, less than a year ago, I was still a liberal.

“I reject a system which allows an ambitious, misinformed and dogmatic mob to suppress free speech, create false narratives, and apathetically steamroll over the truth.”

And then this devastating line—the Rosa Parks moment of the video:

Ex-liberals, “lifelong Democrats” of all backgrounds, are no longer concerned about the backlash from others because they’ve left the Democrat party.

Those who are walking away are not Hillary Clinton’s “basket of deplorables,” but rather, in many cases, lifelong Democrats who simply could not take it any longer and have longed for this very moment, when somebody like them would make it safe for them to come out of the closet and speak their minds.

Social media is inundated with personal stories of why people no longer support the Democrat party.

I was born in the Soviet Union and immigrated to America to find freedom and a better life. When I came they told me immigrants have to be Democrat, but they don’t stand for freedom. They want to tell you how to live. That’s why I #WalkAway

My Mother was a Democrat and I was too. I volunteered for Clinton campaign, voted for Obama twice but then I started to realize that the things I really wanted for this country were not what the Democrats were offering #walkaway

Actor James Woods Tweeted at the end of June #WalkAway and why he left the Democrat party.

I was a registered Democrat for the greater portion of my voting life. The #Clintons cinched it for me. I was an #Independent through the Bush years. Obama was an eight year blank. The hatred and violence the @Democrats now promote convince me I was right to #WalkAway…

With no message for solutions on issues Americans are concerned about, Democrats have their hands full with concerns of voter turnout during the midterm elections.

Democrats not only have a messaging problem, they have a problem with maintaining support from their base.