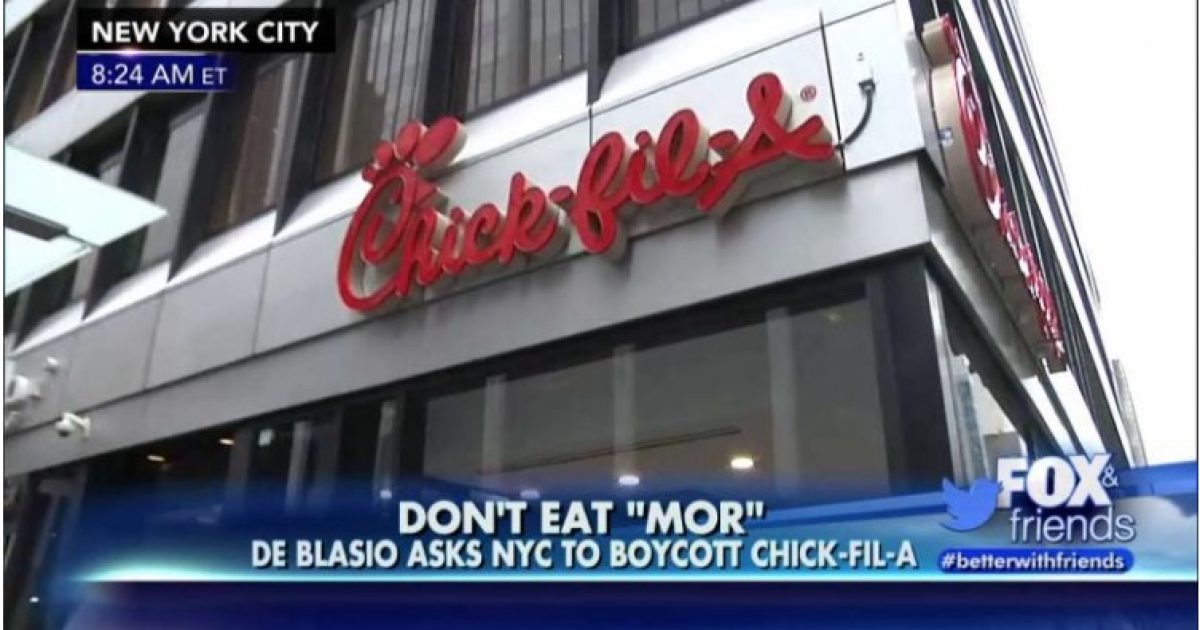 According to a survey of fast food restaurants, Chick-fil-A was the top-ranked food outlet for the third year in a row.

Chick-fil-A was named America’s top fast-food restaurant for the third year in a row in the 2018 American Customer Satisfaction Index’s Restaurant Report, which surveyed more than 22,500 American consumers.

Chick-fil-A beat out other joints like Pizza Hut, Arby’s, Taco Bell, Subway, Starbucks and more, with a satisfaction score of 87. Panera Bread and Papa John’s tied for second place, trailing with scores of 82. Subway came in third with a score of 81.

The story includes a number of Tweets from customers complimenting the service of employees.

While Chick-fil-A gets the top spot, the Left frequently criticizes the company over its support of Christian values.

The popular chicken restaurant is planning to open up a new location in Queens, its fourth to open in New York City.

But the liberal mayor argued that the owners of Chick-fil-A support groups that promote “hate” against gays.

Mayor de Blasio should be pleased the growth of Chick-fil-A in New York City will provide jobs and additional tax revenue.