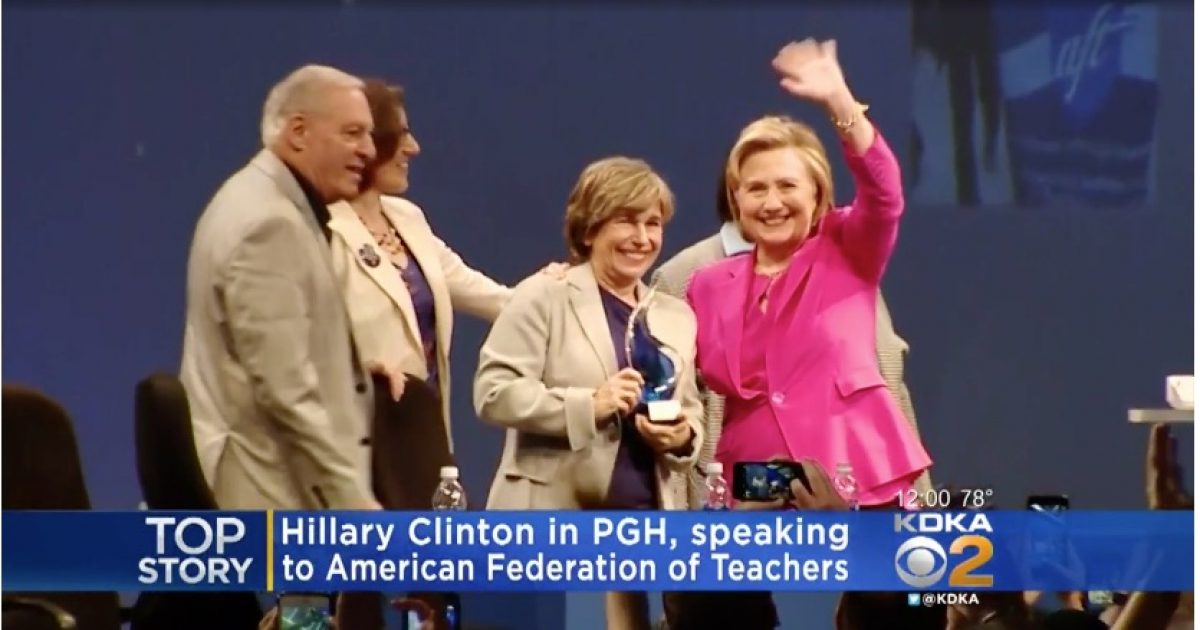 Great World Cup. Question for President Trump as he meets Putin: Do you know which team you play for?

Clinton’s comment was in response to President Trump’s Tweet congratulating Putin and Russia for hosting the World Cup Championship:

Congratulations to France, who played extraordinary soccer, on winning the 2018 World Cup. Additionally, congratulations to President Putin and Russia for putting on a truly great World Cup Tournament — one of the best ever!

Clinton’s remark and persistent public presence suggest she is contemplating another run for president in 2020.

Hillary Clinton on Friday slammed President Trump’s choice to replace Supreme Court Justice Anthony Kennedy, his second opportunity to appoint someone to the highest court in the country in as many years.

“It is a blatant attempt by this administration to shift the balance of the court for decades and to reverse decades of progress,” she continued during an address at the American Federation of Teachers’ biennial conference in Pittsburgh, Pa. “You know I used to worry that they wanted to turn the clock back to the 1950s, now I worry they want to turn it back to the 1850s.”

Clinton made her remarks about Kavanaugh in a speech before the American Federation of Teachers conference in Pittsburgh, Pennsylvania.

It’s ironic Clinton made the comment about President Trump’s loyalty given the Obama administration allowed Russia to buy Uranium One while she was Secretary of State and tens of millions of dollars were donated to the Clinton Foundation from individuals connected to the uranium company.

CBS Pittsburgh reported on Clinton’s speech to the teachers union.