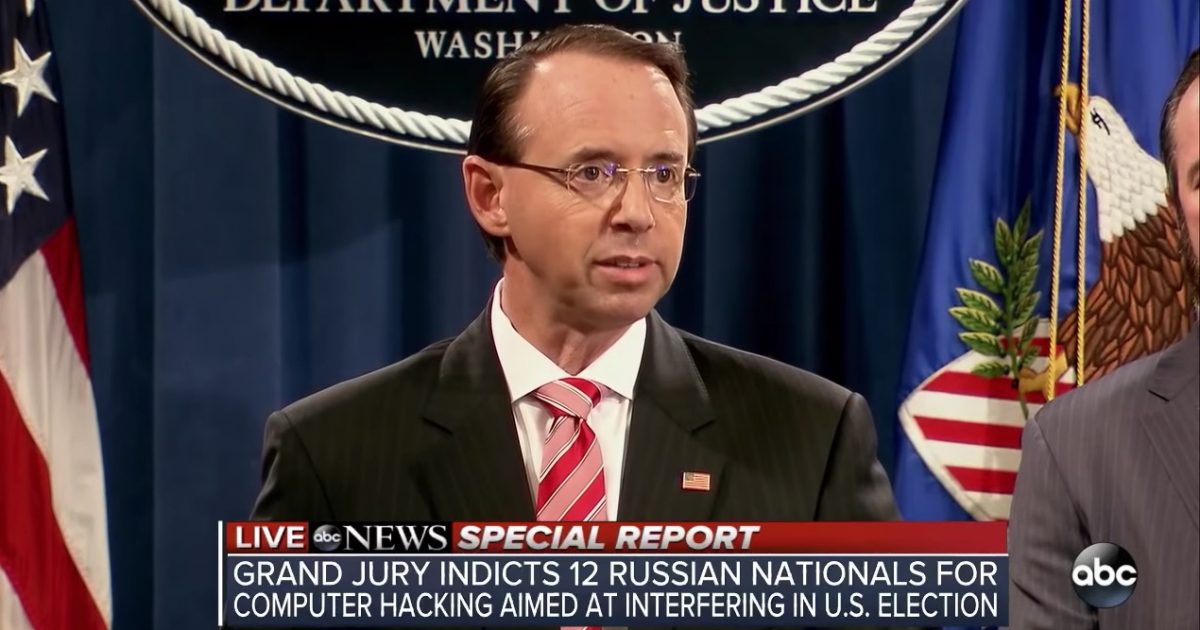 A group of Conservative members of the House of Representatives are planning to impeach Deputy Attorney General Rod Rosenstein.

The Representatives are extremely upset over the failure of the Department of Justice to produce documents related to the Russia collusion FBI investigation.

House conservatives are preparing a new push to oust Deputy Attorney General Rod Rosenstein, according to three conservative Capitol Hill sources — putting the finishing touches on an impeachment filing even as Rosenstein announced the indictment of 12 Russian intelligence officers for interfering in the 2016 election.

House Freedom Caucus Chairman Mark Meadows, in fact, had the impeachment document on the floor of the House at the very moment that Rosenstein spoke to reporters and TV cameras Friday.

Law and Crime notes not all members of the House Freedom Caucus are onboard with the impeachment effort:

National Review clarified that while some members of the House Freedom Caucus are behind the attempt at impeachment, the entire caucus has not “endorsed” the move.

Unrelated to the impeachment push, Rosenstein held a press conference announcing charges against twelve Russians for interfering in the 2016 presidential election.

Rosenstein is responsible for the impeachment effort because he is not responsive to document requests from Congress.