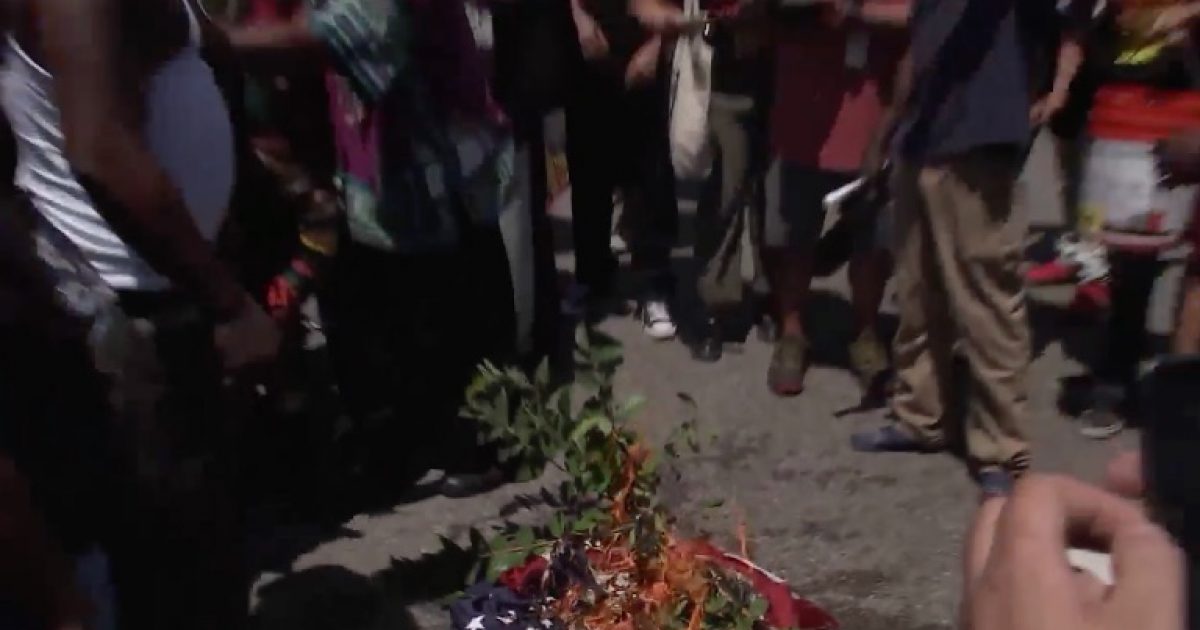 A follow up to Representative Maxine Waters’ (D-CA) resist Trump agenda unfolded on the streets of Los Angeles.

Demonstrators supporting Waters protested and burned the American flag outside her Los Angeles office to counter protest an anticipated rally against Waters by Oath Keepers.

Supporters of Democratic Rep. Maxine Waters reportedly burned and stomped on an American flag they snatched off a pickup truck Thursday, while chanting “Black power” outside her California office.

The demonstrators showed up with the intent of countering a planned protest from a far-right group.

That group, the Oath Keepers, had said they would rally against the congresswoman they call a “protest terrorist inciter” early Thursday afternoon, prompting counterprotesters to rally in support of Waters. But the Oath Keepers did not arrive, the Los Angeles Times reported.

Last month, Waters hyped up her rhetoric and resistance agenda towards President Trump and his administration calling for civil unrest over the administration’s “’zero-tolerance’ immigration policy — and said ‘the people’ will ‘absolutely harass’ Trump staffers.”

Waters said the following in a statement:

“I am requesting those individuals and groups planning a counter-protest to not be baited into confronting the Oath Keepers with any demonstrations in opposition,” Waters said. “Such an occurrence would only exacerbate tensions and increase the potential for conflict.”

After igniting anti-Trump rage for months, now Waters is afraid it’s going to spiral out of control. It might be too little too late.