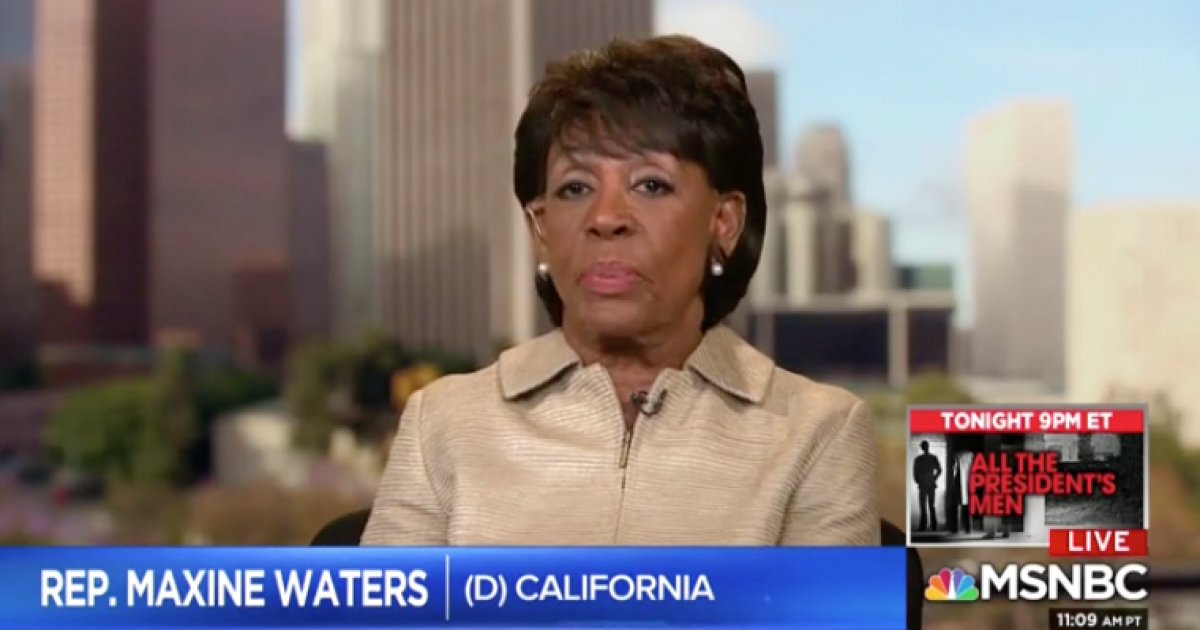 One would think a booming economy is great news for all Americans, however, Democrats disagree.

“Of course, the economy has improved, and of course he would like to take credit for all of that,” Waters told MSNBC’s David Gura. “But in the final analysis, when this country understands and feels what has been done with the tax scam and what that’s going to do for our deficit in this country, it’s going to be reversed. A combination of the tax scam and the tariffs will undermine all that has been done in the economy that was started by Obama.”

Waters appeared on MSNBC to criticize President Trump over funding the wall on the southern border.

“American citizens are not going to pay for this wall, he’s not going to shut down the government, and we’re not going to be intimidated by his bluffing and his bullying.” – Rep. Maxine Waters on Pres. Trump’s government shutdown threats over immigration. https://t.co/WHMpJTpVmM

Waters is one of the biggest leaders of the “resist” President Trump movement and regardless of the facts, she is going to continue to slam the president every chance she gets.