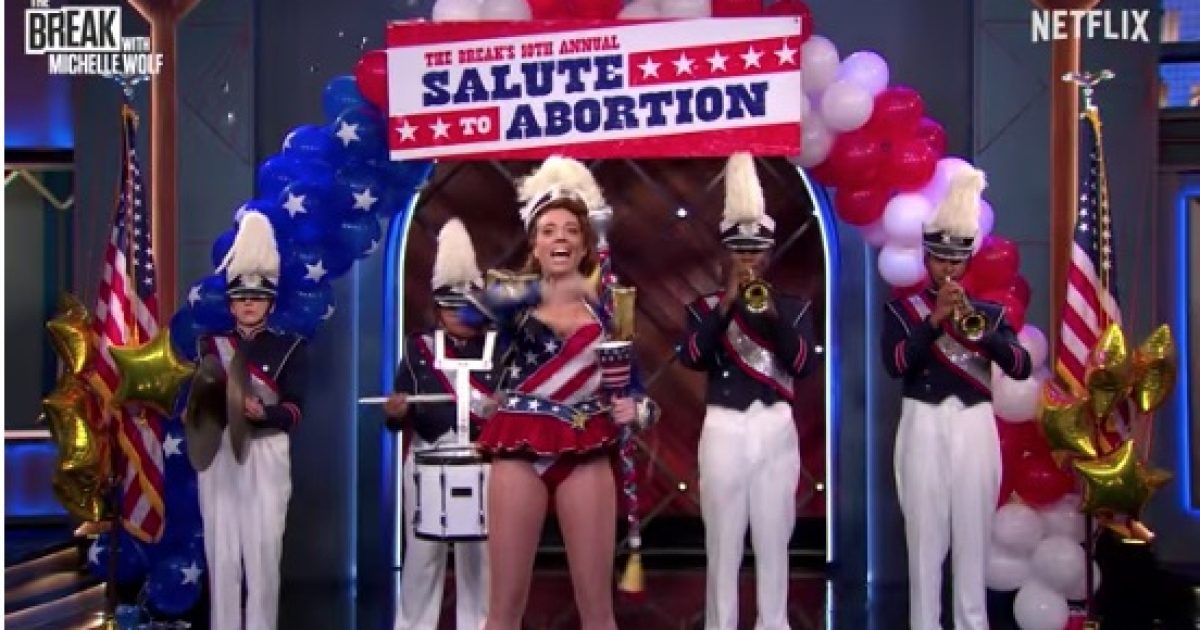 Wolf slammed the pro-life movement, tossed confetti and saluted abortion during her skit.

“Look, access to abortion is good and important,” Wolf said in the clip published on Sunday. “Some people say abortion is ‘killing a baby.’ It’s not. It’s stopping a baby from happening. It’s like ‘Back to the Future’ and abortion is the DeLorean. And everyone loves DeLoreans.”

She also took a stab at the pro-life crowd.

“Pro-life is a propaganda term that isn’t real, like healthy ice cream and handsome testicles,” she said, before claiming “anti-abortion” really meant “anti-woman.”

She ended the segment by saying, “God bless abortions and God bless America.”

Exploiting Independence Day to taunt the pro-life movement is unpatriotic, twisted, and sacrilegious.

Netflix continues to insult conservatives with its programming by giving the Obama’s a multimillion dollar contract and by putting Obama’s former National Security Advisor Susan Rice on the company’s board of directors.